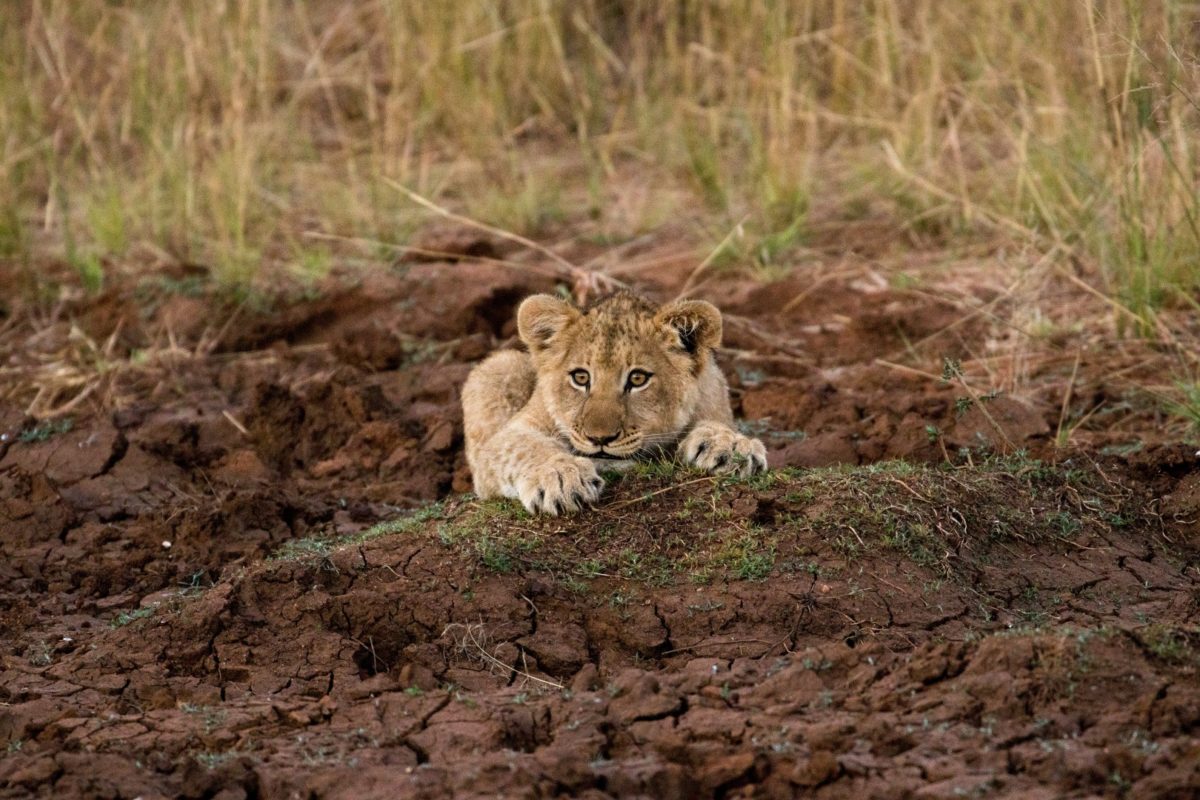 On the 7th of July 2018 we came across a very sad sight on our morning game drive at Garonga Safari Camp. We found the bodies of two young lion cubs who had been killed…and so began our murder mystery.

Identifying our Suspects and Victims

Unfortunately, life for a young lion cub is a tough one as almost every predator will kill them if they have the chance as it is all part of their instinct to remove competition and prevent the cubs becoming a threat when they are older. Whilst the pool of potential suspects was large, our investigative team was leaning towards an adult male lion as the culprit for the crime. The previous evening we had received reports of a pair of mating lions in almost the exact same spot.

It is always heart breaking to see any of the animals lose their lives, but the Garonga team was especially concerned that the dead cubs might be the two adorable trouble makers from ‘the Garonga pride’. For those of you who haven’t had the pleasure of meeting them, ‘the Garonga pride’ it is made up of three feisty females; granny, mum and a perpetually curious daughter, two resident pride males and two heartwrenchingly mischievous cubs.

For about 3 days our lions went into full stealth mode, and despite finding fresh tracks, they had retreated deep into the thickets and we saw neither hide nor hair of them. Now, as guides, strictly speaking you are not supposed to have favourite animals. However, the Garonga pride has managed to sneak its way into the hearts of our whole team and we were increasingly desperate to discover the fate of our cubs.

One morning it was quiet in the lodge so we collected together our expert trackers and set out to unravel the mystery once and for all. It seemed that the lions were missing us too as at about 5.30 that morning they had been calling. This gave us a heading and before too long we found our 3 females looking healthy and relaxed, but the cubs were nowhere to be seen. However, the cubs are still at an age where their mother will usually hide them in thick bush to keep them safe during the day.

Not to be defeated we left the ladies and picked up their tracks, tracking in reverse to look for evidence that our cubs were still with us. To cover the maximum ground possible we split the team with Josia, Samantha, Derrick, Stewart and Sophie on foot and Kaizer, Phineas and Bongi on the vehicle.

After tracking the one female through drainage lines and across some of our more open plains we had the best discovery – miniature lion tracks sitting on top of the dew from the night before and heading towards a thicket that would be the perfect place to stash a pair of cubs for the day. We radioed in the rest of the team and had a celebratory coffee stop, delighted to have discovered that our little troublemakers were alive and well. Later we slowly started heading towards where the cubs had spent the day and were rewarded with two little furballs full of energy chasing after mum and pouncing on each other. The relief was shared by the whole safari camp team and was enormous.

It seems that the two cubs who lost their lives were, in fact, from a rival pride that had wandered into the territory belonging to the Garonga males. It is always sad to see such a sight but a male lion’s instinct to kill cubs that are not his own is one of the harsh realities of the circle of life, it helps to ensure that the strongest genes are being passed to the next generation of lions, which in turn will hopefully help to ensure that we can continue to marvel at these incredible creatures for years to come. The life of a safari camp guide is never a dull one and this episode of Bush CSI [Crime Scene Investigation] is certainly not for the faint-hearted.