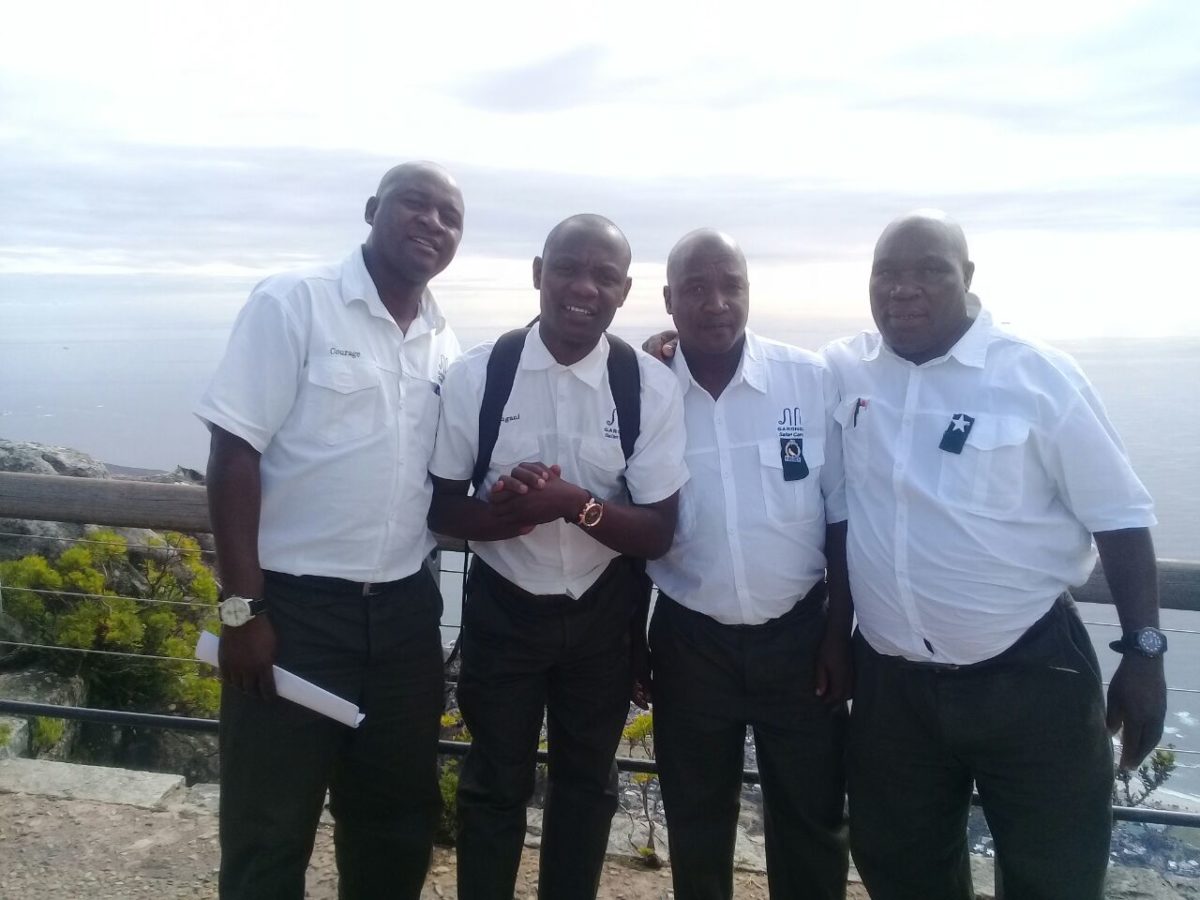 If you have ever had a wonderful meal and ambiance spoiled by an apathetic waiter then you will know what a difference a ‘service with a smile’ really makes to your dining experience. Waiters are a huge asset to any lodge and a vital ingredient in the customer service pie; they serve, they converse and they strike a relationship with the guests. But there is also a distinct difference between genuine or fake service which is easily noticed by diners. Here at Garonga the smile is real. We are very proud that our waiting staff simply seem to ooze courtesy, grace, interest and all round happiness.

The waiting role is varied and includes not only serving meals but also packing and unpacking of cooler boxes for safaris, constant cleaning and checking of items for meals as well as an in-depth knowledge of what is being served, pairing of wines, setting up of tables and stock taking.

Herfric
Herfric has been here since before Garonga opened as he started assisting on the farm once Bernie (owner) purchased the land. He has a heart of gold and will do anything for you. He oversees the department, and is also Head Butler at Little Garonga. When the Manager (Robert) is away on leave then Herfric stands in as Manager.

Aldrin
Aldrin has been at Garonga just over 4 years. He is extremely competent and quietly dedicated to his work. However he also has a comical streak and every now and again will perform a dance for the Guests. Aldrin is in charge of the waiters at the Safari Camp.

Courage
Courage has been at Garonga just over three years. He started at Little Garonga in the security department, then he became a casual waiter at Little Garonga. When an opening became available he was then employed permanently at Safari Camp. Courage is from Zimbabwe, he is very friendly and helpful and very amusing. He won Garonga’s ‘waiter prize’ in 2017 for the ‘most special wines sold’.

Bongani
Bongani has been employed at Garonga for just over two years. He is ‘the mischievous one’. He is extremely good with guests and has that knack of remembering names very easily.

Eric
Eric has been at Garonga for over a year. He started off in the security department at Little Garonga, and then an opening became available and he became a casual waiter at Little Garonga. Due to the occupancy success at Little Garonga, Eric now has a permanent position as a waiter there under Herfric. He has settled in very well and taken on the training extremely fast and competently.

Waiters ‘Under The Influence’
This programme was started in 2017 giving waiters the opportunity to excel in their sales skills. The prize was 5 days training with our main wine supplier in Cape Town called ‘Under the Influence’.

The competition endedon 28th February 2018 (just before our annual three week close down). Courage, as mentioned above, won the competition, however as a surprise Bernie (owner of Garonga) decided to send all of the waiters to do the training course. None of them had ever flown in a plane before, let alone been to the ‘Mother City’, Cape Town.

During the course they visited many wine farms, saw the whole process in action, had lectures and lessons, sat down for wine lunches (that was the toughest part of course!) and in the end completed a test which they all passed. They also saw a bit of Cape Town too. Not only was it meant to educate them even further on wines and therefore be able to sell them better on return, but was also meant to be a fun, engaging, motivating and bonding experience.  Big thanks to ‘Under The Influence’ for providing this great week of wine education!

Our team of waiters wait eagerly (with their big genuine grins) to welcome and serve you.