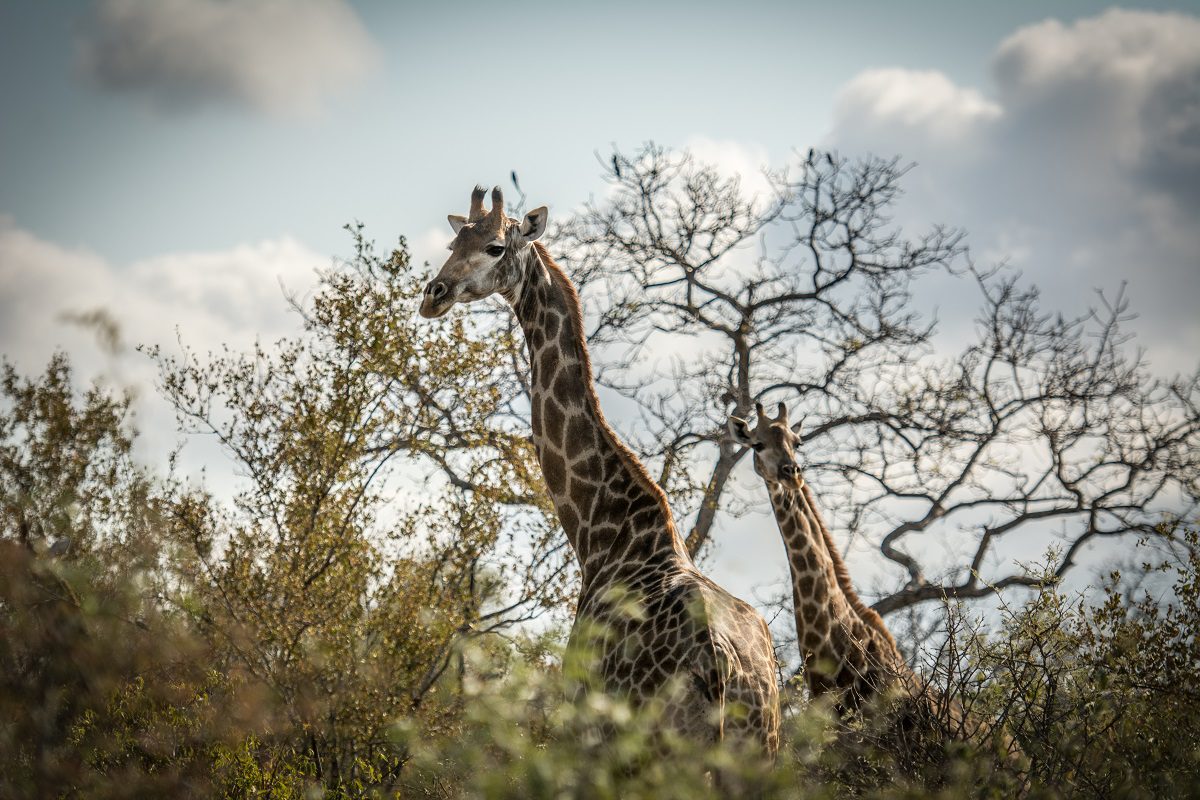 The gentle giants of the bush, giraffes are not always as graceful and docile as they first appear. They have a dark and brooding side too. We look at some fascinating giraffe facts that may surprise you.

Poised, elegant and peaceful. These are all words we would most commonly use to describe the giraffe as it saunters effortlessly across the plains, munching innocently on leaves. It’s such a spectacular and majestic animal and certainly iconic when it comes to African wildlife. However, don’t be fooled by this angelic appearance. A giraffe endures an abrupt entrance into the world, consisting of a long drop of an average of 6ft to the ground and a heavy smack to the head! Who wouldn’t have a grumpy side after this rude awakening? After this, they are well prepared for anything life throws at them next. 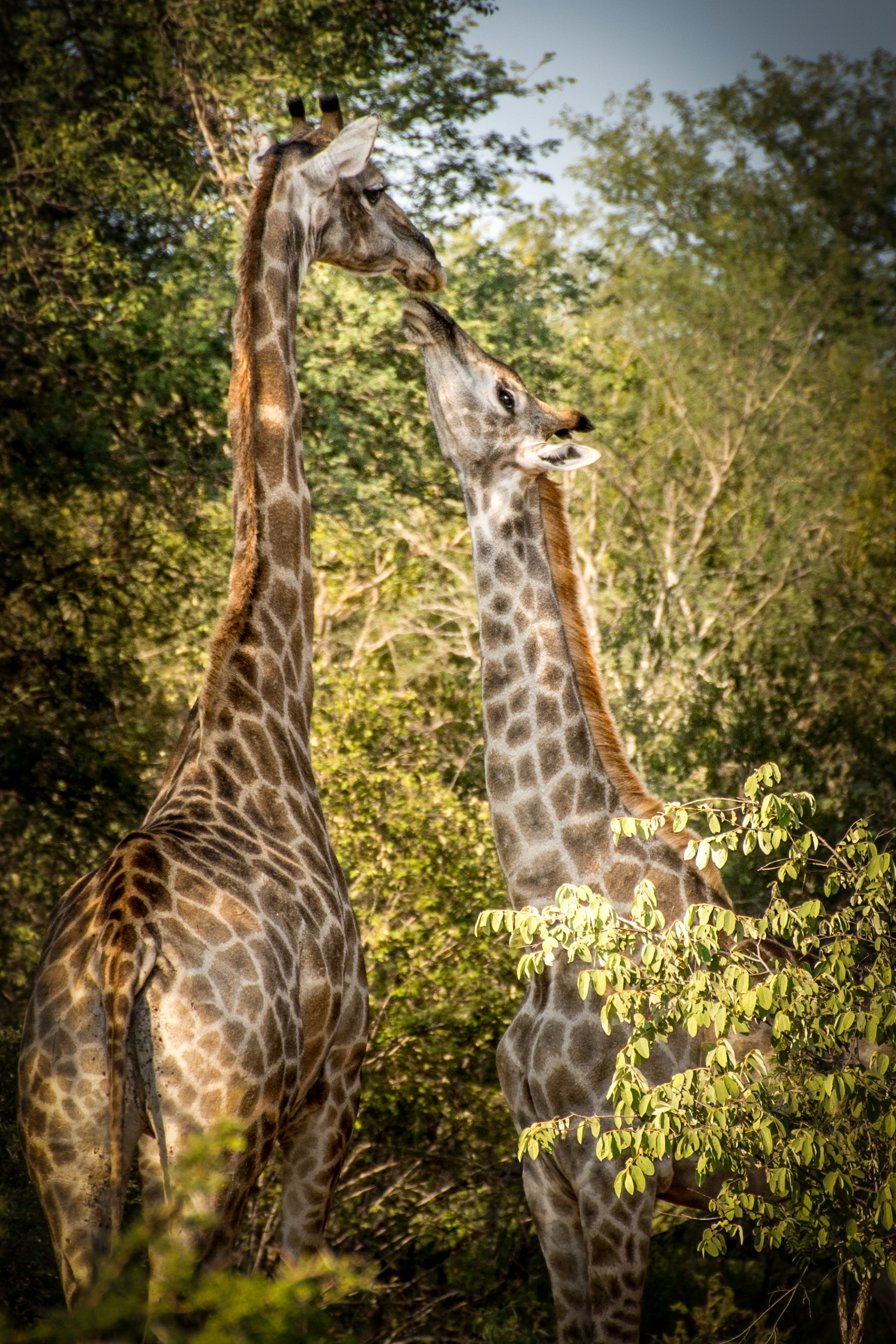 ‘Necking’ (of the romantic kind) is an adorably common occurrence in giraffe courting. However, it also refers to the action taken when a pair of male giraffes wrestle it out using their necks to fight. Yes, this show of bravado is all in an attempt to woo the ladies. They swing their necks from side to side to head-butt their opponent hoping to win themselves a mate. The sound of this spectacle can be heard 100metres away and often results in broken jaws and sometimes even broken necks or an unconscious contestant! Not so graceful and elegant any more right?

If you don’t believe us, check out this collection of clips of giraffe battles in the wild. It will change your perception of giraffes for life and you will certainly think twice about challenging one to a dual.

Here are a few other interesting facts about giraffes:

• A loooooong, moody pregnancy: A giraffe’s gestation period is a whopping 15 months. That is well within the top 12 animals with the longest baking time and they certainly need it to ensure the calves are strong enough for that long drop.

• Early achiever: After their dramatic entrance into the world (the drop which surprisingly does not hurt the calf but rather encourages them to take their first breath) it takes them an average of only 1 hour to walk and 10 hours to run. How is that for reaching milestones early!

Recently during a morning game drive with guests, we witnessed a giraffe birth and managed to capture the first precious moments of the calf’s life – post-drop! No pain meds, no hospitals and doctors were present. In the wild, it’s just mom on her own. “It was an unforgettable moment,” said one of the guests immediately after we quietly drove off.

• Giraffe Day-care: Young giraffes hang out in nursery groups until they are around 5 months old, resting and playing together while their mothers forage in the distance. One female will tend to stay and look after the young. So civilised! 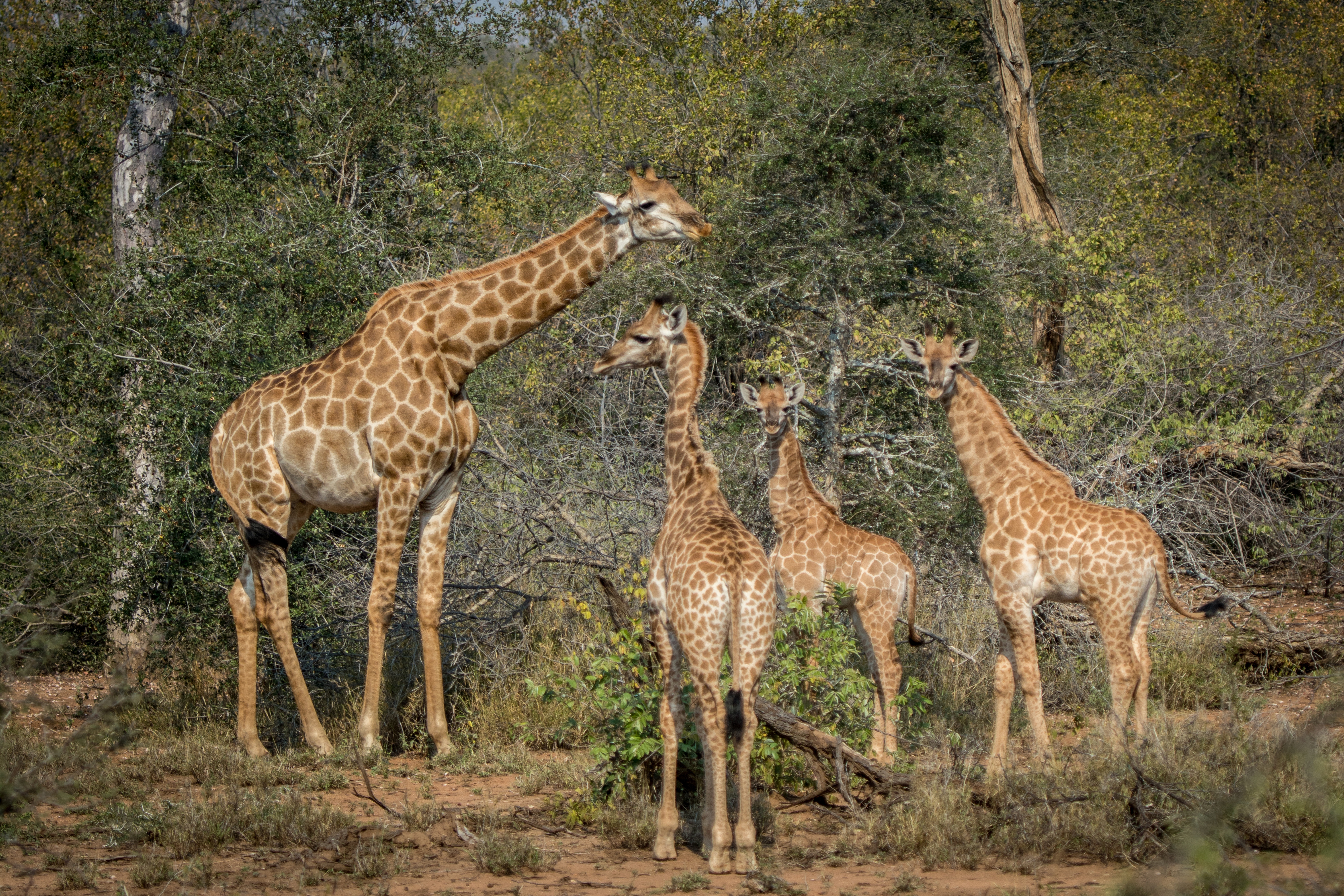 • A Tower of Giraffes: The collective noun for a group of giraffes – and so apt it is too.

• No need to drink: If fresh green food is available they do not need water.

• Surprisingly fast: They can gallop at up to 60kph, which OK, isn’t a patch on its predators but is impressive none the less.

• Yes they are tall! They are the tallest mammal in the world (average 16-20ft) with their legs often being taller than most humans at an average of 6ft alone.

So…tough, rough and ready to fight. These are all new phrases for you to describe these ‘dark horses’ of the savanna. But let’s be honest, there still is (and always will be) something soft, fluffy and a little bit goofy about them and there’s nothing like a giraffe calf trying to find its feet to warm the heart…aww! 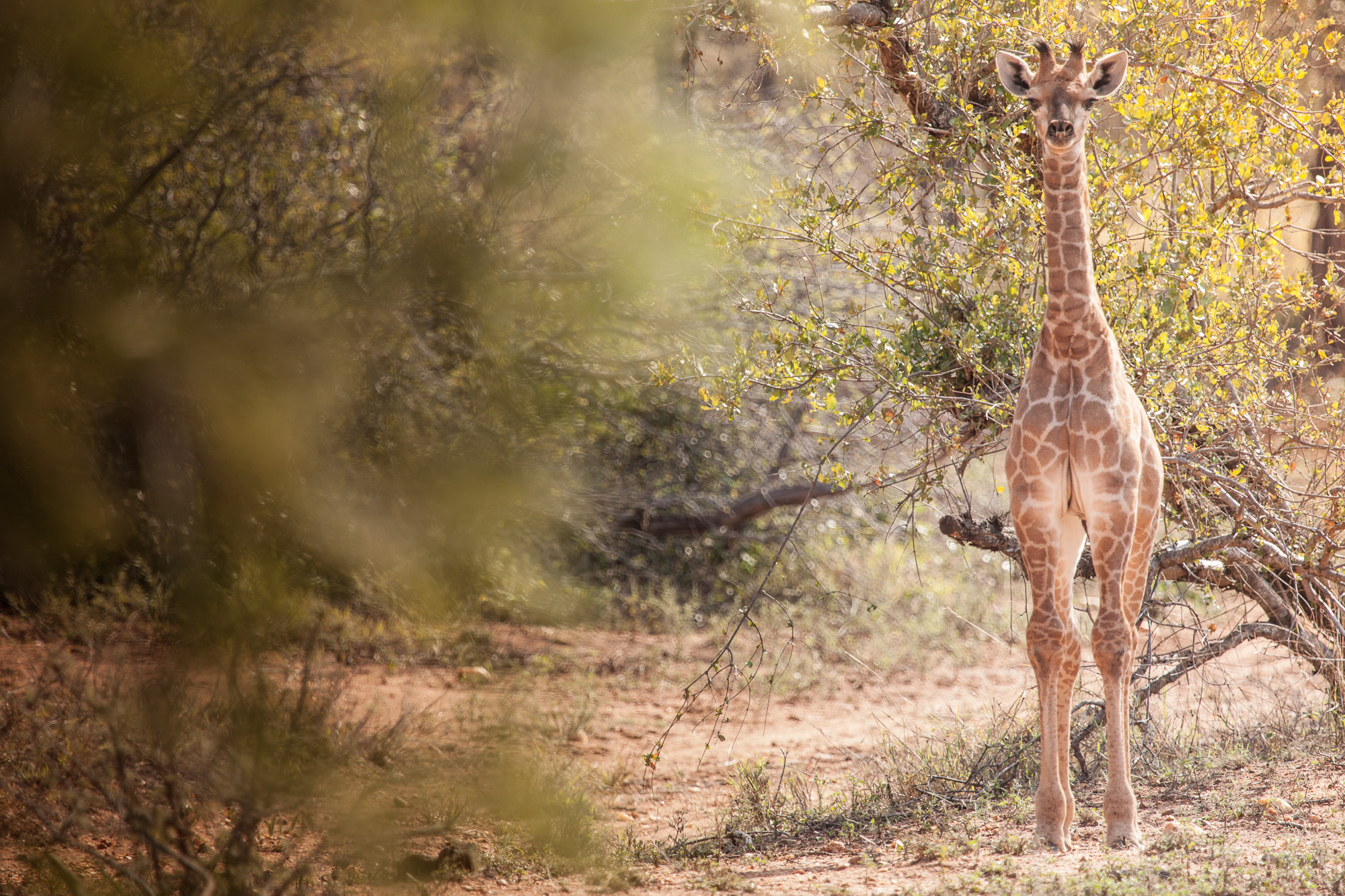