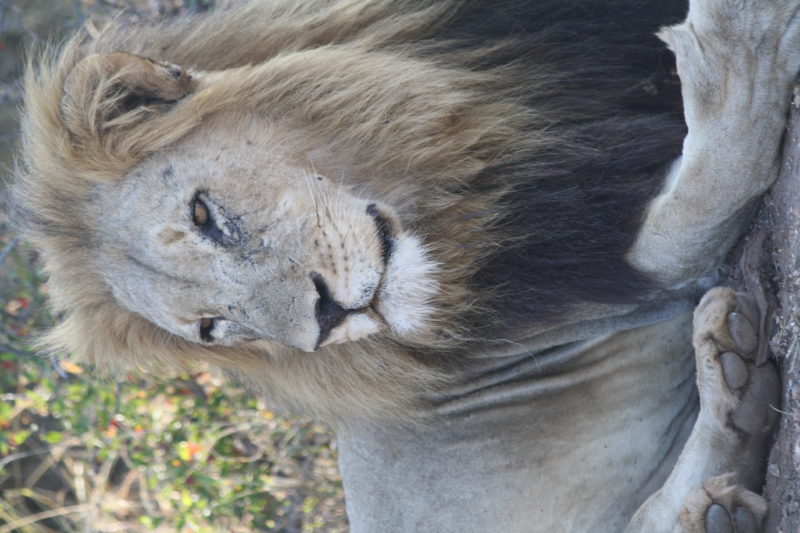 What a remarkable week!? I started game drives this week in an exciting mood knowing that its going be a bit of a challenge. Very interesting, is that I was allocated to our new outstanding  TENTED CAMP which we have been long  waiting for it to be opened. I was long waiting to make  history as the first guide to do game drives at MCH Private Tented Camp which is our new spectacular tented camp (Click Here to learn more about our new camp). 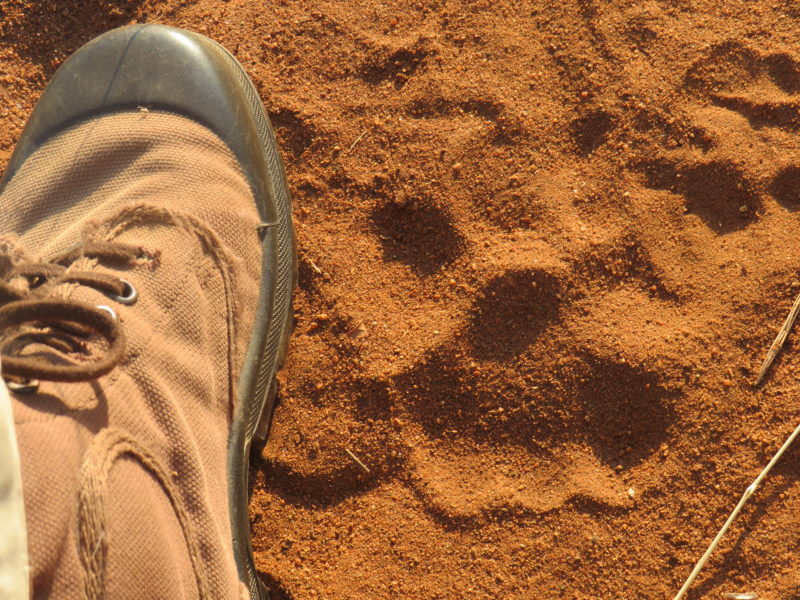 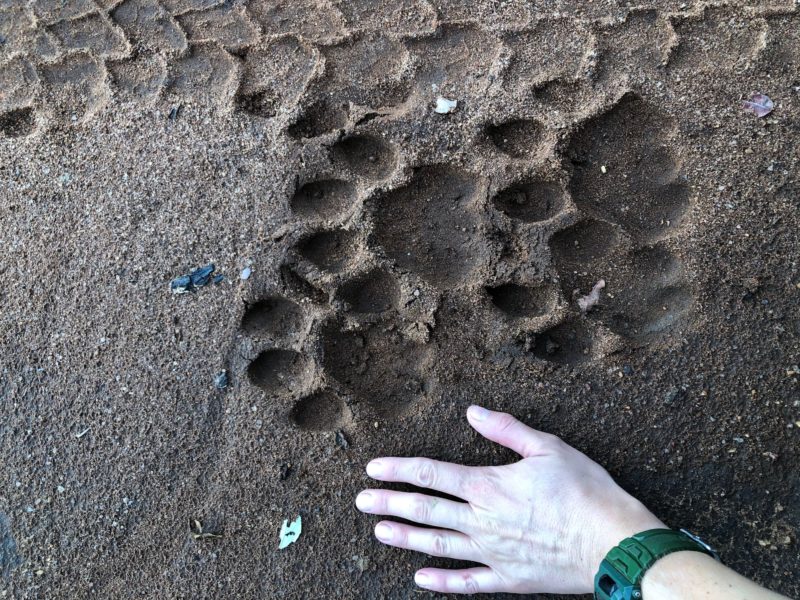 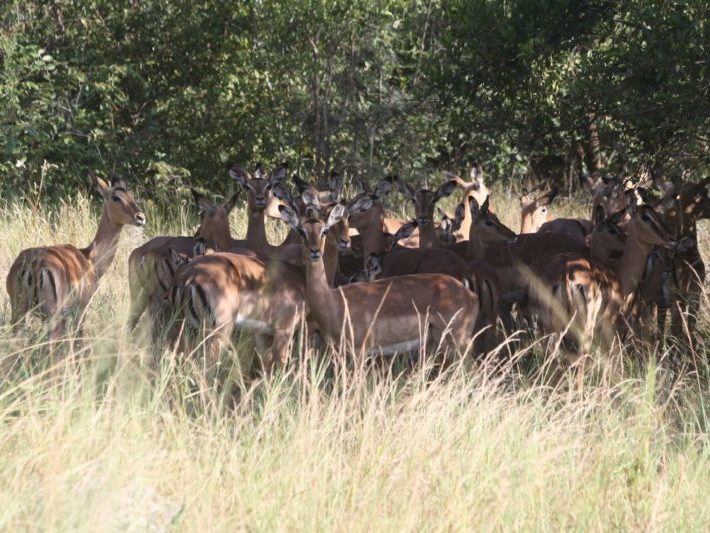 The tracks showed that they were patrolling the boundary which was a good news to us. Territorial patrol is one of the interesting news to hear when it comes to our wildlife more specially if you are conducting game drive. I told the guests that they stand a chance to see a territorial fight because the tracks showed more male lions were running  up and down, that was a clear indication that there was a territorial dispute. We drove past the herds of impalas still on the boundary road I was still full of hope that we can find them fighting on the road. One of the guests said that Josia I do not see us finding them cause the impalas are relaxed, they show no sign of being scared, as he was talking we saw the younger one of the dominant male lions was right in front of us. He was lying down not far from the impalas, he was tired , badly wounded; the other, older male lion was hiding in the thicket. That was such an exciting sighting to me, tracking and finding them that was stunning, the guests were happy to see our tracking skills. 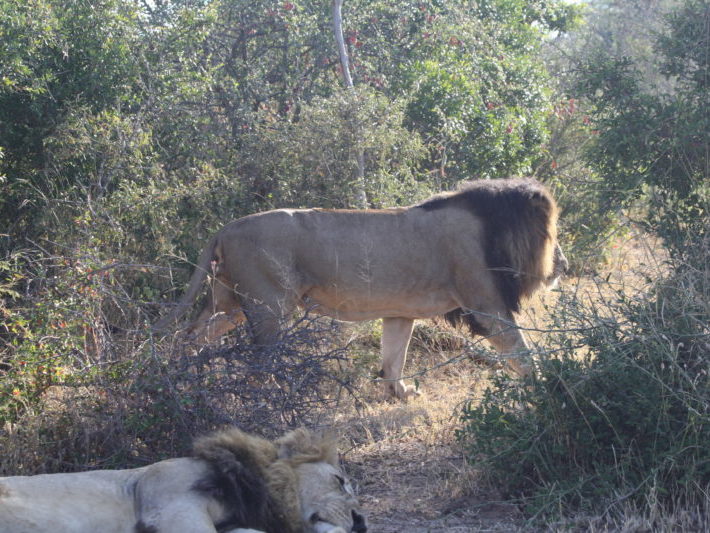 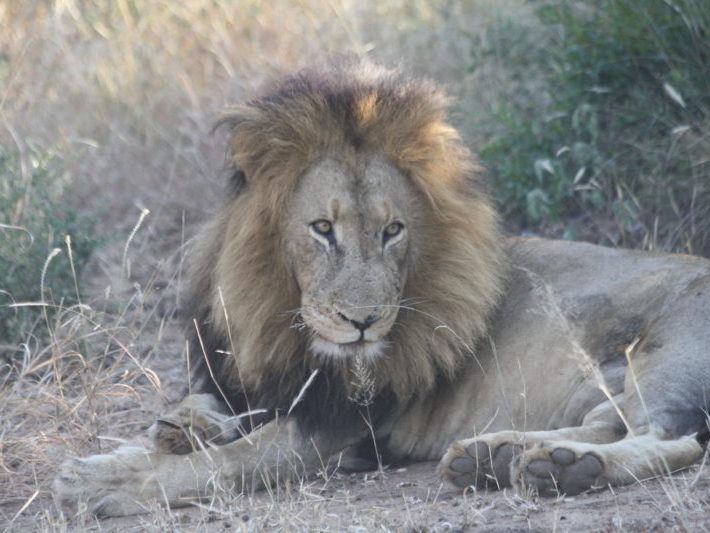 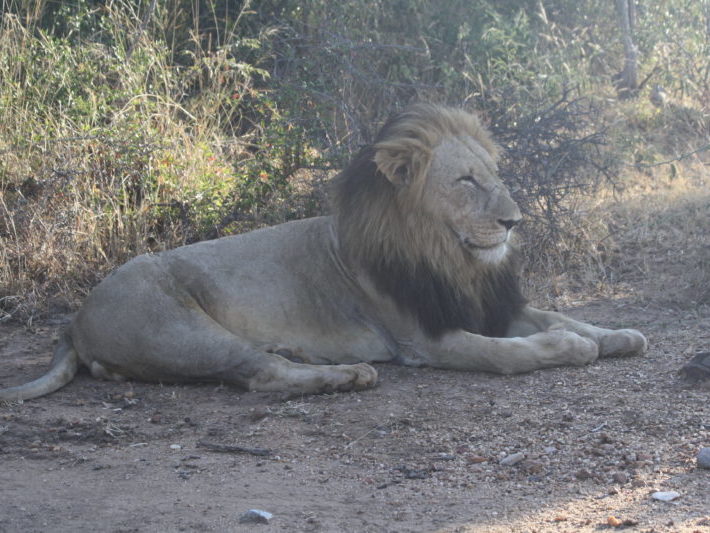 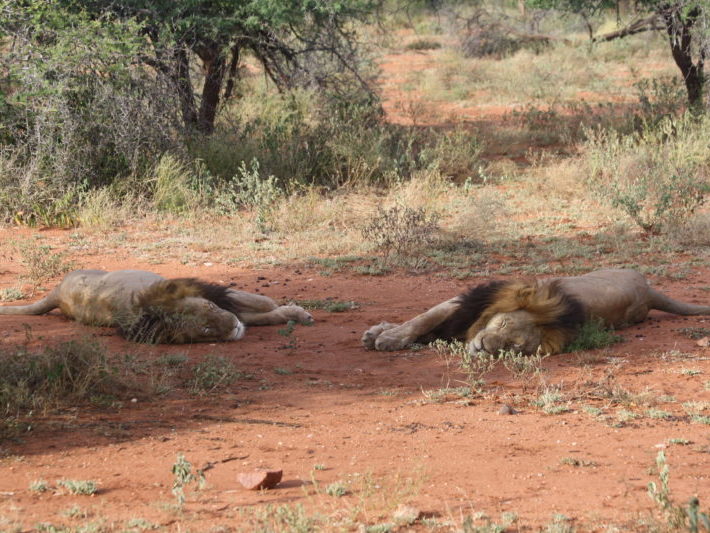 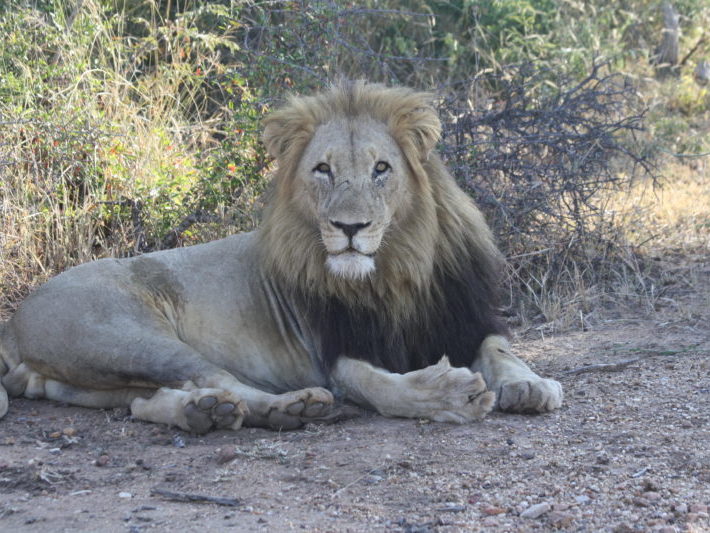