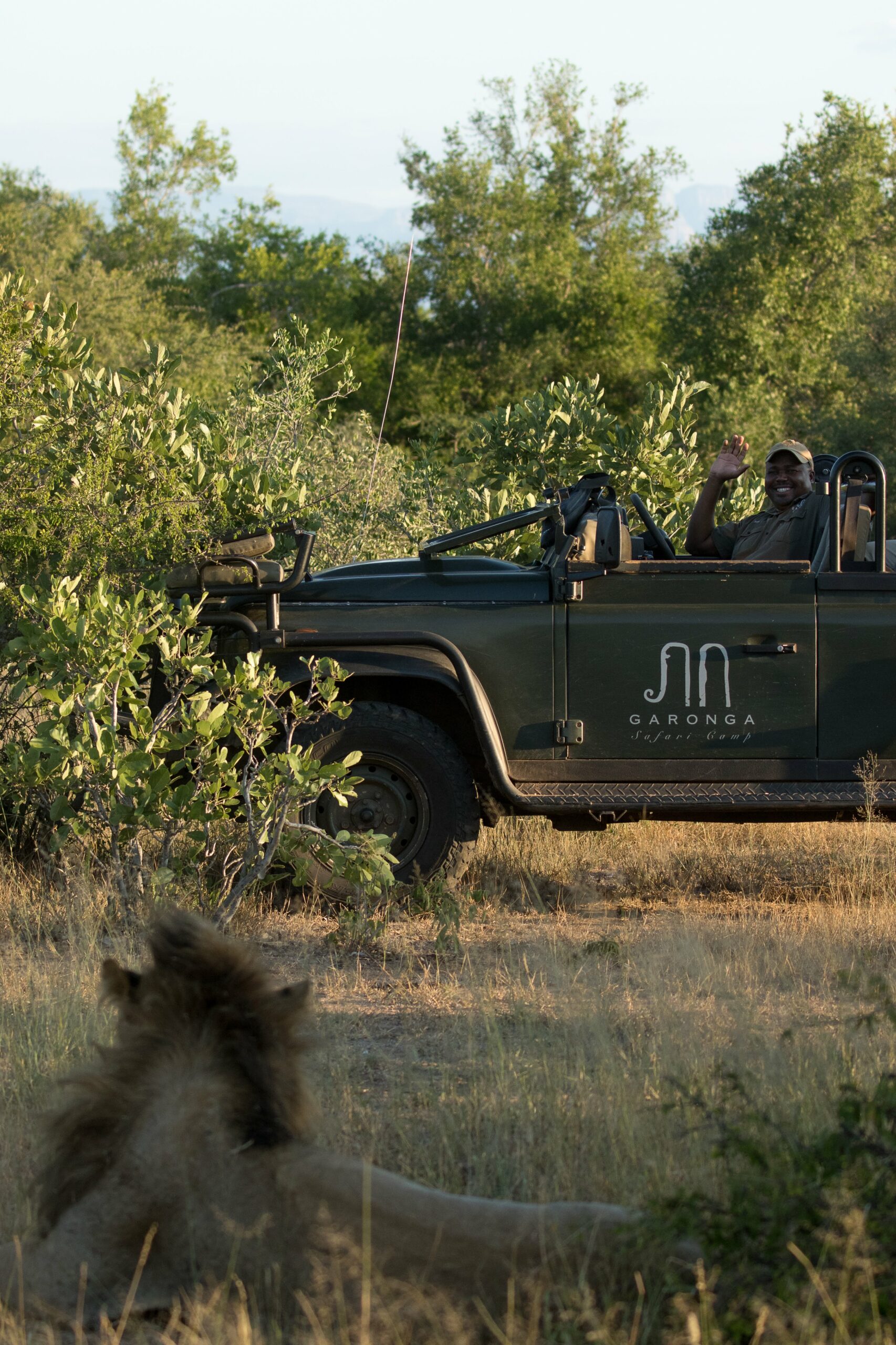 My long journey to a successful level 2 pass. I always wanted to take guiding to the next level but I knew that it takes a lot of energy to achieve that. It started the middle of 2020 whereby we had a Safari Meeting after shooting practice. Charles our assessor, he came to assist us for proper ARH shooting practice. He asked: “When will you do your Level 2?” because I had had the books already now for nearly 2 years . He advised me to answer at least three questions a day and by the end of the year it would be a big achievement and the books would be finished. 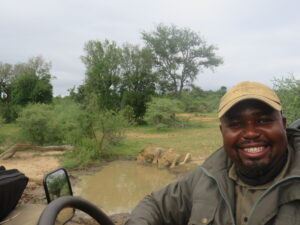 Josia is rarely happier than when he is watching Lions!

I took it seriously from there and that is where my journey really started. It was difficult because it had been so long since I had studied, halfway through I gained strange strength instead of answering three questions it became more than that. I could feel it that one day I will be Fgasa level 2 which is not easy it needs a lot of commitment, dedication, discipline, passion as well as focus. I went to my room and wrote on the wall that I want to achieve level 2. What encouraged me was that I had to read the message on the wall every day as a reminder to the goal I wanted to achieve. 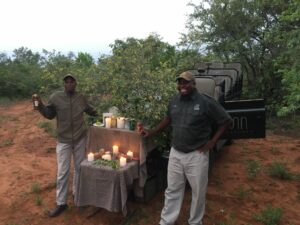 Josia is renowned for being the master of a bush bar – but he decided he wanted to make his mark by achieving a higher level guiding qualification as well!

I had a time whereby I wanted to quit reading because it was a lot of work, the message on the wall played an important role as a reminder to me of this journey. With the help from Sophie in most of the questions and answers that I was struggling with them, the journey become more interesting and easier to me. I was informed that I must first finish up the first workbook and then that I will sit for exam as most of the questions come from this book. 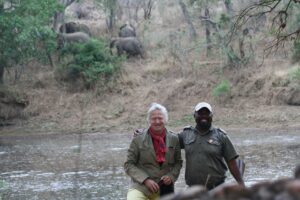 Big smiles as Josia is much happier in his natural environment than when studying books!

By the end of June very luckily that’s when I completed my workbook, I could not believe it that the workbook was finished!! That was the highlight of my studies, and I was happy just for that achievement although the journey was not yet over. After that the exam date to sit for the theory was arranged, it was to be October 4th at least I had enough time to prepare for the exam. I knew that this was the last opportunity therefore I had to focus on the preparation. A week before the 4th of October I had a nightmare, I was not sleeping very well knowing that the exam is close. The 4th of October came, I sat for an exam and after finishing to write I was told to wait for a month to get the results. Unbelievably the exam results came out positively meaning that I have made it, I “passed’ I was very excited! I received another workbook for practical assessment and I was left with it to complete Fgasa Level 2, after passing I had a lot of strength to study. It took me two months to complete the practical workbook and I completed it by the end of December. I called Charles, the assessor, informing him that the workbooks are done and to check his availability to assess me. Very fortunately he told me that is available on the 18th of January, it sounded a perfect day for me in the meantime I was nervous, happy that I was nearly there. 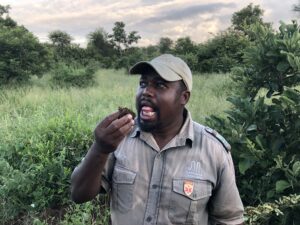 On the 18th it was raining a bit in the morning I knew that it was my lucky day as the rain in Shangaan culture is symbol of fortunes. But, when Charles the assessor arrived things changed, I started to be really nervous, thinking about what will happen during and after the assessment, that made my nerves much worse, all of the information that I had prepared to show Charles was gone! I started to lose confidence, panicking, just before we started the first game drive. Luckily, after roughly thirty minutes I slowly recovered, I could feel that I was back to normal as I did what I do best, I felt strong and from there I regained knowledge, information, and the rest followed. The first drive game, regarding the animals it was a quiet morning probably because of weather anyway we had a lot of informative stops. We found a breeding herd of buffalos south of Korhaan dam one of our big dams, but they were in the block whereby we could not off road, only one bull that was in perfect view, impala and few common birds were spotted. 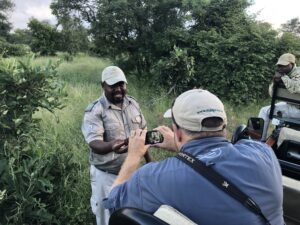 The afternoon game drive, there was on and off showers, also bit quiet just like the morning one anyway we managed to see impalas, zebras and I shared a nice story about the “leopard orchid” the love charm that one could be interested to know about in the story behind Shangaan culture and the Muthi. To attract a partner other than with good looks, wit or cash, it all boils down to love potions. Over the centuries traditional doctors dedicated themselves to pursuit of magic mixtures that will render us irresistible to those who we admire, the flowers of the leopard orchid are very beautiful, but it is the cane and the roots that carry the power, if you want to attract someone, you chew some at night then spit it out while saying the name of the one you want to attract, put few pieces under your pillow, the person will start thinking about you and won’t be able to stop!

After both drives I was nervous again because I was waiting for the result from Charles. He sat with me and explained everything that supposed to be explained by him, and finally said “guess what Josia? You passed your exam!” I was very happy, excited and even now as I’m writing this, I’m the happiest man on EARTH. 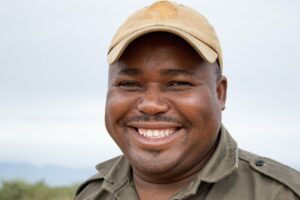