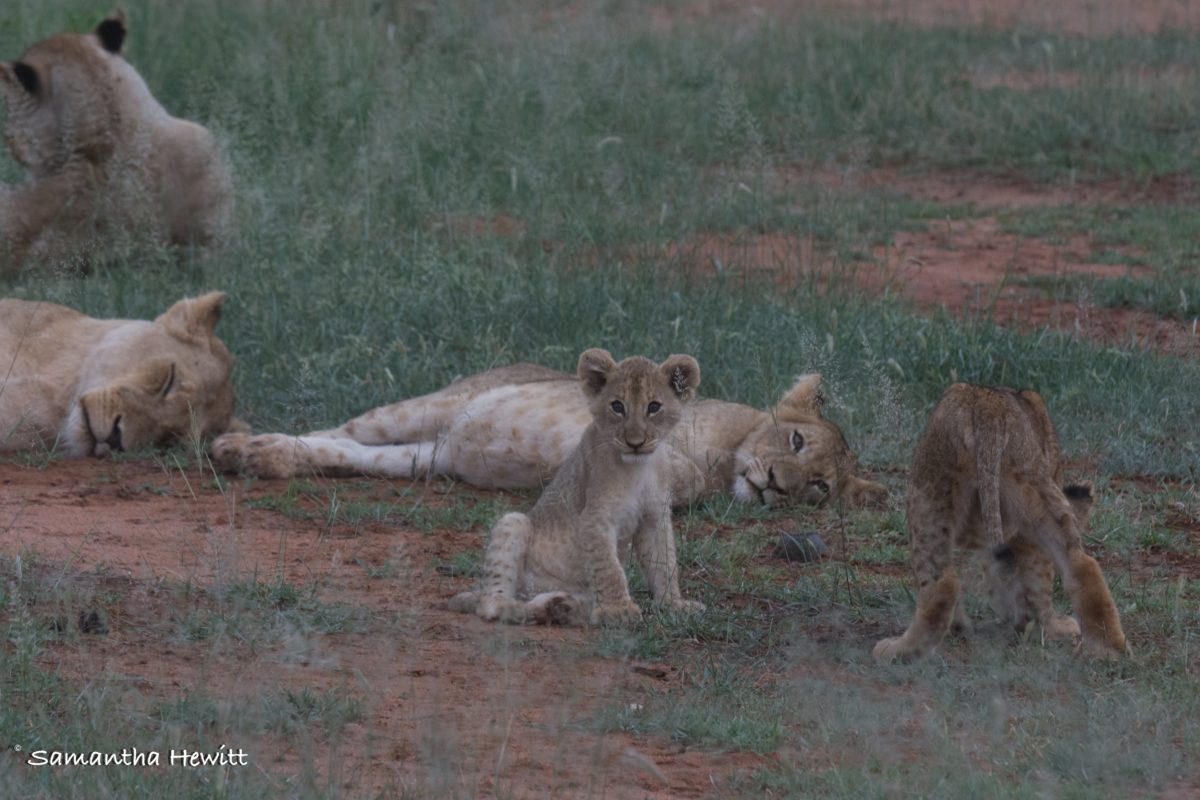 by Samantha Hewitt, guide at Garonga

One morning in mid-January, on a game drive with guests, we spotted some tracks of the two dominant male lions of the Garonga pride but didn’t follow up as they were walking in a very thick area that we decided was too dangerous for us to venture into.

In the afternoon, we set off with the idea that we would drive around the area where we had seen the male lion tracks. As we left the lodge it started raining so I turned around to the guests to tell them that with the rain the chances of us trying to track the two male lions would be extremely difficult as the rain ages and washes the tracks away.

We went to the area where we last saw the tracks of the male lions but couldn’t see if they had crossed any road; at this point, the tracks no longer looked like tracks but just a bunch of raindrops. An elephant bull had been called in on the radio and we had already decided that if our gut feeling wasn’t right after checking one last road in that area, we would go to the elephant bull.

As we were driving, Stuart, and his amazing ability to spot animals from miles away, turned around with a huge grin on his face saying “Lion! Males! Two of them!” As you can imagine, the guests were so excited, and I was shocked that without tracking we had still managed to find these male lions!

As we drove a little closer Stuart smiled and said, “and the Garonga pride!”.

We sat in amazement as the six cubs played with one another, the mothers looking up from time to time making sure that the older cubs, that are about seven months now, were not being too rough with the younger cubs that are now around four and two months old.

The males got up a few times to change their position, which allowed us to take some fantastic photos.

It was a wonderful drive after all, even if we did get a little wet and saw very few impala!