Whilst on a Night Game Drive we were fortunate to see this kill. The Male has the spoils as normal.

Here’s a good test of brain, stomach, hands, feet co-ordination; try driving and eating an egg sarnie at the same time and see where your priorities lie! It’s not easy!!

So the mad colonel is still around and all those planes and bombs doing? Let them scrap each other and get on with it. Syria; not much say there from the Arabs. Arab solution to Arab problems.

Now we have Christian fundamentalists slaughtering the innocent in the most peaceful of all countries, Norway. There really are some very odd people floating around.

In the UK we have DC telling the generals to shut up as he’ll do the talking and they do the fighting. Doesn’t work like that Dave, old chap. It was like that about a century ago. More cuts, no aircraft carrier, and more tasks; doesn’t make any sense whatsoever. Soon we’ll be a little 3rd rate country bowing to the Europeans.

Now what has happened to DSK? Is he still in house arrest in his penthouse mansion? I suppose more interesting news takes over events and he’s no longer an event, but we do have a very charming woman now in charge of the IMF so thank-you DSK for something.

The News of the World – gone. All very suspicious; maybe the younger Murdoch knows more than he’s letting on. What a great read it was, but preying on the innocent like that beggers belief. Morals – none whatsoever.

Now down here in not so sunny South Africa we have strikes, strikes, and strikes. These guys I’m afraid think it’s a game because asking for 15% Increases is well………no brains! In these very difficult times you would have thought some commomsense would prevail; not here. Billions being lost on strikes! Hardly an encouragement to invest; quite the opposite.

The tri-nations in full swing but South Africa send their B or C team over to play gearing up towards the Rugby World Cup (braiis, beer, and ………. so on). 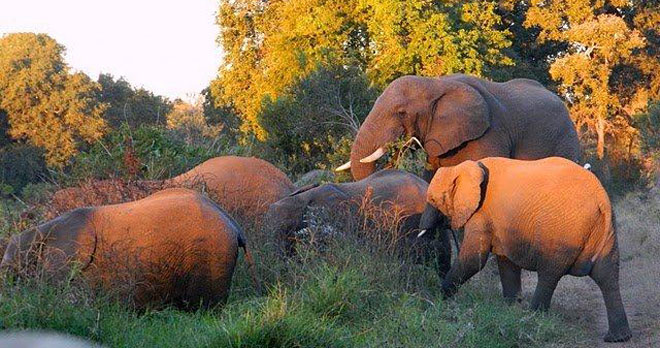 Right, sermon over, and now on to the real stuff.

As I said everyone is feeling the pinch and we have had a very poor last couple of months. It is thankfully picking up well for the next 3 months. In June Andrew (Africa In Focus) brought a number of agents down to come and inspect; thanks for that and I hope some good lasting impression was made. Great fun with Ada, Shelley and Barb; I know you had a great time at Wait a Little but needed that bit of relaxation after horse riding for 10 hard days. Hope to see you back one day to keep Musa and Ruel in check. In July a very warm welcome back to Shaun and Belinda and Paolo and Patrizia.

The bush is still looking great with plenty of excellent sightings. Lions have been everywhere, including 2 lionesses both giving birth to 3 cubs each. Lion calls close to the farmhouse practically every day. Leopard sightings, ellies, and the infamous cheetah. Walks are popular as it is pretty nippy still first thing in the mornings. Another ellie calf has also been born so all looking healthy there. It was great to welcome Brian and Dephne who had to postpone from last year. We hope to see you back again. The sleep outs are incredibly popular. On that note we will be redoing the loo there and putting it closer by and also above the ground – just don’t fall out. You just need to put in a R 5.00 coin to make it work, a bit like the gas meters from old. The safari teams were also put through their paces by Andrew in 1st aid training; half of them should have achieved a grade level 2, and the others level 1. Andrew will be back in November to do the remainder of the staff. 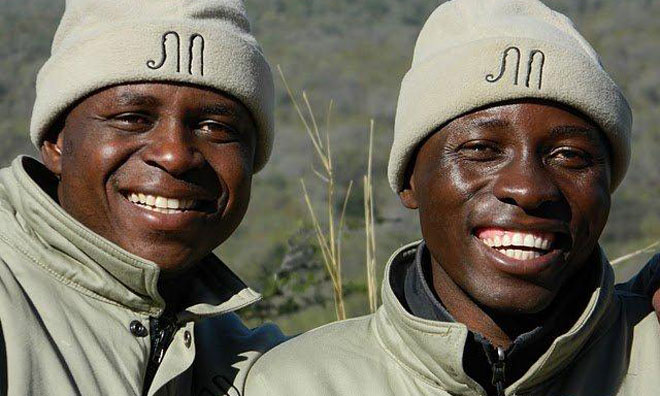 Down at the farmhouse the ranger training programme continues although now the instructional team have changed where we say a sad farewell to Sean, Wayne and Robyn, and a warm welcome to JP, Margaux and Sebastian. Good luck with the 14 Students you have currently. JP brings a wealth of knowledge including birding SKS qualification which hopefully the guys here can utilise and improve their birding skills and knowledge.

In the camp I have installed the “Vivreau Water System”. This allows us to get rid of the plastic water bottles and have our own Vivreau bottles which are very elegant indeed. The water runs through their filter system and it really is delicious still and sparkling water. Soon we will have also small stainless steel bottles where each guest gets issued one for their stay and fills it from the new system. They can then keep them as a momento when they depart.

On my side I took 3 weeks off and went to Italy and Switzerland. Rome, Milan, and Portofino were spectacular and I much miss it all. Rome was simply chaotic but somehow it works! The bodywork is incredible; incredible structures as you would imagine. Even the women police officers are elegant and dress in Gucci type shoes. I mean how can you argue with one of them – “yes maam, anything you say maam!”. Did some excellent hill walking in Zermatt; restaurants were out of this world. Anyway all good things come to an end.

In the kitchen the ladies have been cooking a storm! We are now coming to the last month (August) of high teas, and then next month we start again with lunches, and picnics, and only a cup of tea and a biscuit for tea. I’m sure you won’t starve. Anyway they have done a sterling job and been well complemented by a number of guests. Try the latest recipe!

On the staff side Janine has taken over as therapist; I’m sure you will find her bubbly personality infectious; Nicole copes and smiles at Mr. Grumpy, and Vanessa flings her eyes in the air and thinks “another hair-brained scheme” but it worked – our early bird special brought in a number of bookings so I added it on again to include until the end of August; check the website. Andy is slogging hard down on the farm with the veggie garden which was hit badly by the frost and porcupines (porcupine potjke is coming on the menu!). then there are numerous maintenance tasks to carry out which he and his band of brothers undertake. He will also be putting together the new sleep out loo (SOL). So thanks to all staff for the last two months.

On the last note (phew!) please do check out our new revamped website. Thanks to Paul, Brandon, and all of his team at Wildweb for doing such a splendid job. Now we have moved on to Twitter/Twatter/Twooh or whatever it is called, facebook and I’m sure there’s somethingelse. If you hear a rumbling in the ground it’s me trying to figure which button to press as nothing is simple and doesn’t say something like “press this button”! The new access road is booming, and a pleasure to drive on.

David and Eileen – thanks so much for the gloves for the guides! Can you send an email address?

We have some availability still for September and certainly for October and November; how many days to Xmas!?

Keep well and all the best.

These Timings are flexible depending on Summer as it kicks in.

Walks on request will be conducted during the Safari Times only.

Massages: 0830 – 1700.The Therapist will come round during Breakfast to take Bookings.

Fire: This is a hazard during September – November as there are no rains and the bush becomes very dry. Please be careful if smoking, and inform Staff if you see Smoke anywhere out in the Bush.

Monkeys: As the Bush becomes dry, the Monkeys become more “Interested” in the Camp. Please be careful where you leave Cameras etc and please do not leave food lying around.

Swimming-Pool: It is not heated.

Microliting: This can be arranged depending on Pilot Availability and, of course, the Weather. R 780.00 pp for a 20 Minutes Flip over the Reserve. Great Fun!

If you have any queries please do not hesitate to ask. Enjoy!