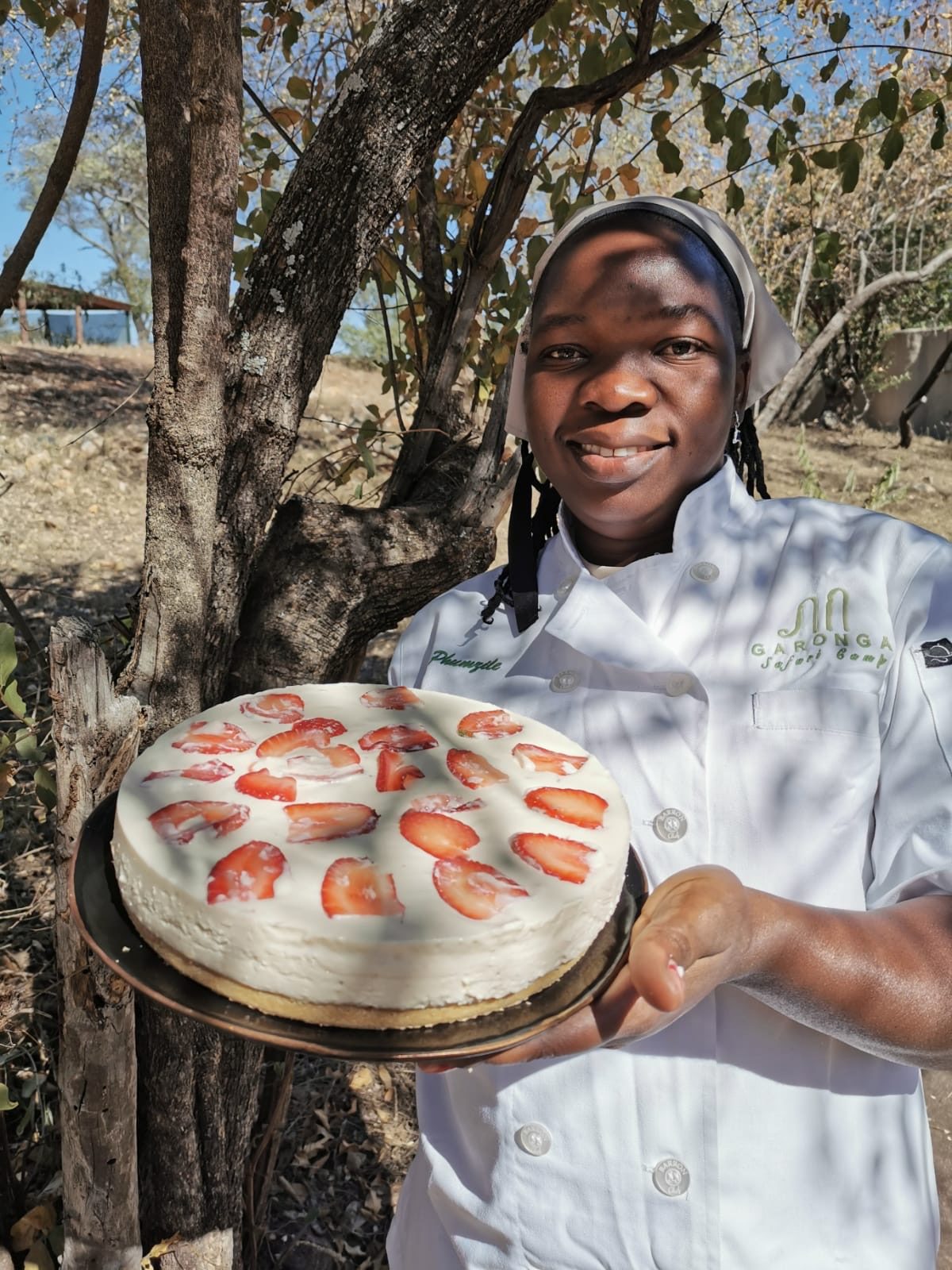 The beginning of the month is always a busy time for our admin team as they comb through each department’s stock take and organise all things financial. Without them Garonga just wouldn’t be the smooth running ship that it is. Above all we love their patience, for most of the month the whole team gives off the appearance of being fairly sane people (well ok this might be subjective) with great basic skills. However, the moment month end comes into sight we all appear to forget how to count which results in Sanlè and Bukani chasing us back to our departments to do it all over again and, when we still haven’t learnt, again! With the final numbers now in Sanlè and Bukani have been busy tying up all the loose ends this week.

You might imagine that with no guests to be hospitable to our hospitality team would be twiddling their thumbs – but no! With Marietjie at the helm we have launched into a new routine, having updated and revamped our hygiene regime she oversees daily issuing of our latest cleaning products and our hard working housekeepers are diligently keeping all areas sparkling and sanitised, just waiting for our guests’ return! Marietjie is also in charge of our daily temperature checks which entered a new and improved era with the introduction of infrared temperature “guns”. Happily we can report that under Marietjie’s beady eye everyone is still fit as a fiddle!

For our trusty maintenance team month end also has a certain routine to it and their workload has been (quite literally) pumping this week! All the water systems were given their thorough monthly clean and all of the water pumps were run to make sure they are ready and waiting for when we need them. With the bitter winter chill making its way into the mornings and evenings this month each of the heater pumps in the tents and rooms around the lodge were also given a sharp shock to the system and run to check they are still firing at 100%. In keeping with the pump theme, as the bush has taken on the dry and dusty winter appearance the maintenance team also re-started the pumps to a couple of our pans to make sure the wildlife can continue to drink its fill.

The wonderful Phumzile and Susan have been keeping things in shape in the kitchen and helping to keep the team out of shape in terms of our waistlines! Susan runs a tight ship in the staff village making sure the rest of the team are well fed and watered with a raft of culinary delights. Phumzile does many a task in the lodge kitchen but my favourite has to be the baking of each Friday’s cake. This week’s cake was, the utterly fabulous, strawberry cheesecake! To.Die.For. Diet plans will clearly not be on the cards with these ladies looking after us!

From the safari side our week had a thrill of extra excitement as on Saturday we bundled ourselves up and went to see an additional 45 buffalo be released from their quarantine boma into the rest of the reserve! It is always a fascinating exercise to try and release animals from a quarantine enclosure. Most people think that the moment an animal scents freedom it will bolt for it. This, however, is usually not the case (if you missed it be sure to check out the battle of wills that it took to get our new female cheetah roaming around on her own). Animals are a smart bunch and often quickly adapt to the idea of “room service”. Within the enclosure they are safe from predators and are provided with rations of food and water. Once the gates are opened often the animals look quizzically at the development but make no real move towards the freedom offered, inevitably a bribe is needed.

For the release of the buffalo we whet their appetites with an offering of fresh grass. Unfortunately the buffalo were not impressed. An initial stroll to inspect the grass through the fence got our hopes up and we merrily opened the gate. The buffalo had other ideas however, like master poker players they knew we had more to offer and they refused to budge until feed pellets – the buffalo equivalent of chocolate drops – were brought to the table. The moment the pellets were put down the buffalo charged out of the boma. There was no doubt about it we had been well and truly hustled! Buffalo have a reputation for being pretty canny and we had definitely just seen this in action. Having wolfed down the pellets the buffalo charged straight through the watchers and into the reserve, having successfully won their prize there was going to be no tricking them back into the enclosure and off they went. The release of the new herd brings the reserve’s buffalo population to well over 100 and we cannot wait to see how well the newcomers settle in. 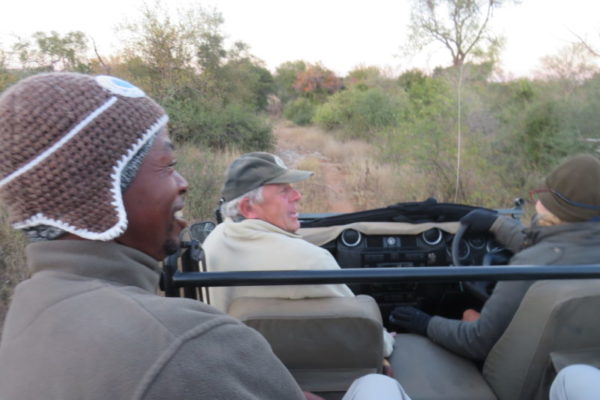 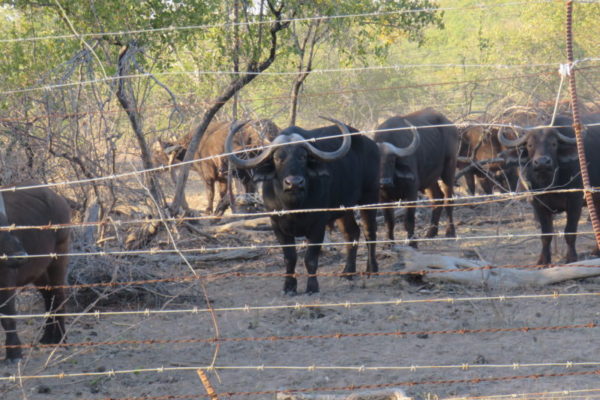 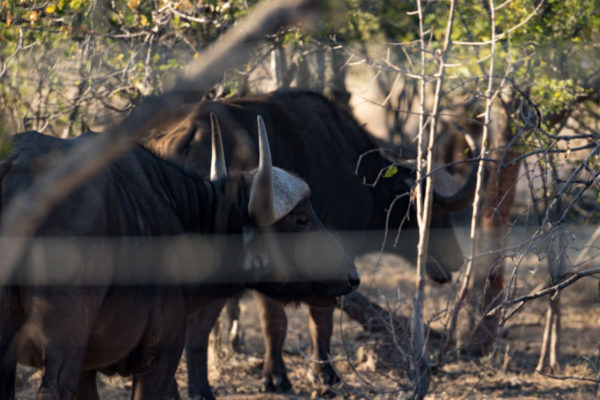 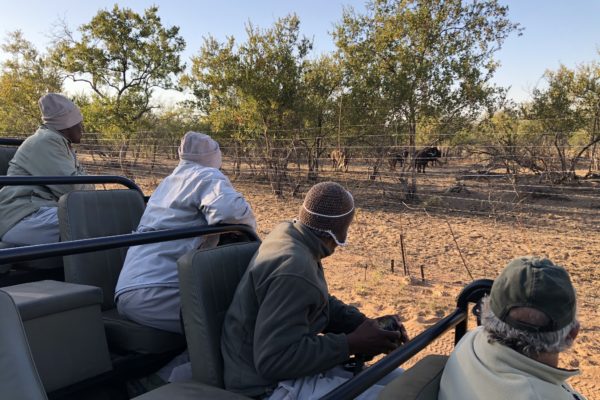 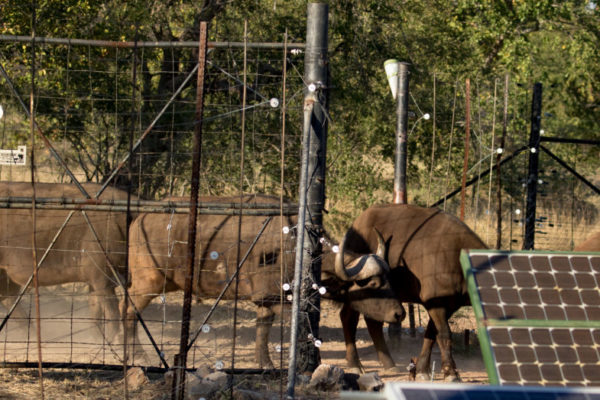 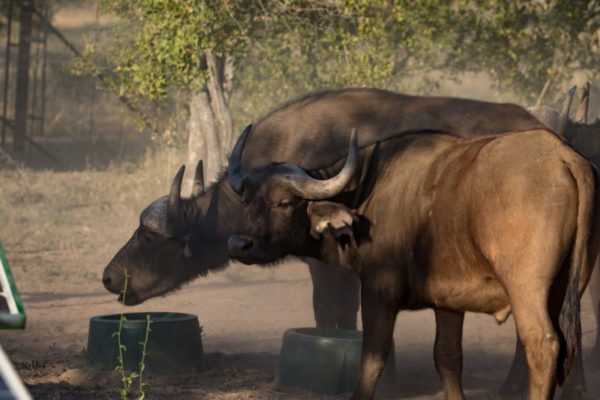 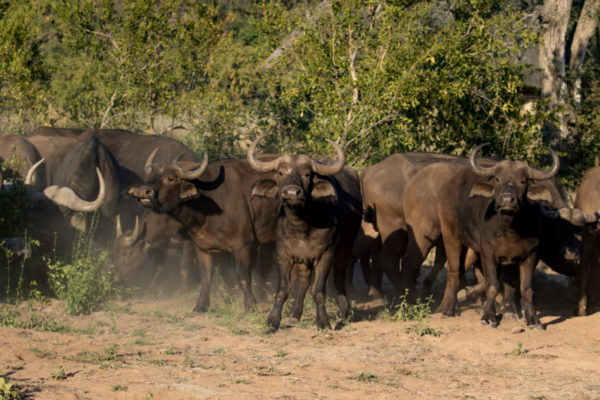 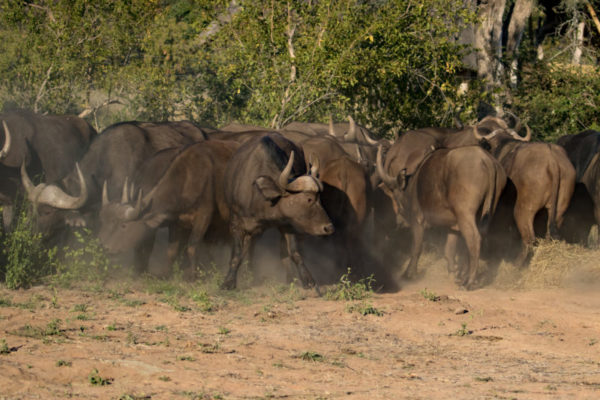