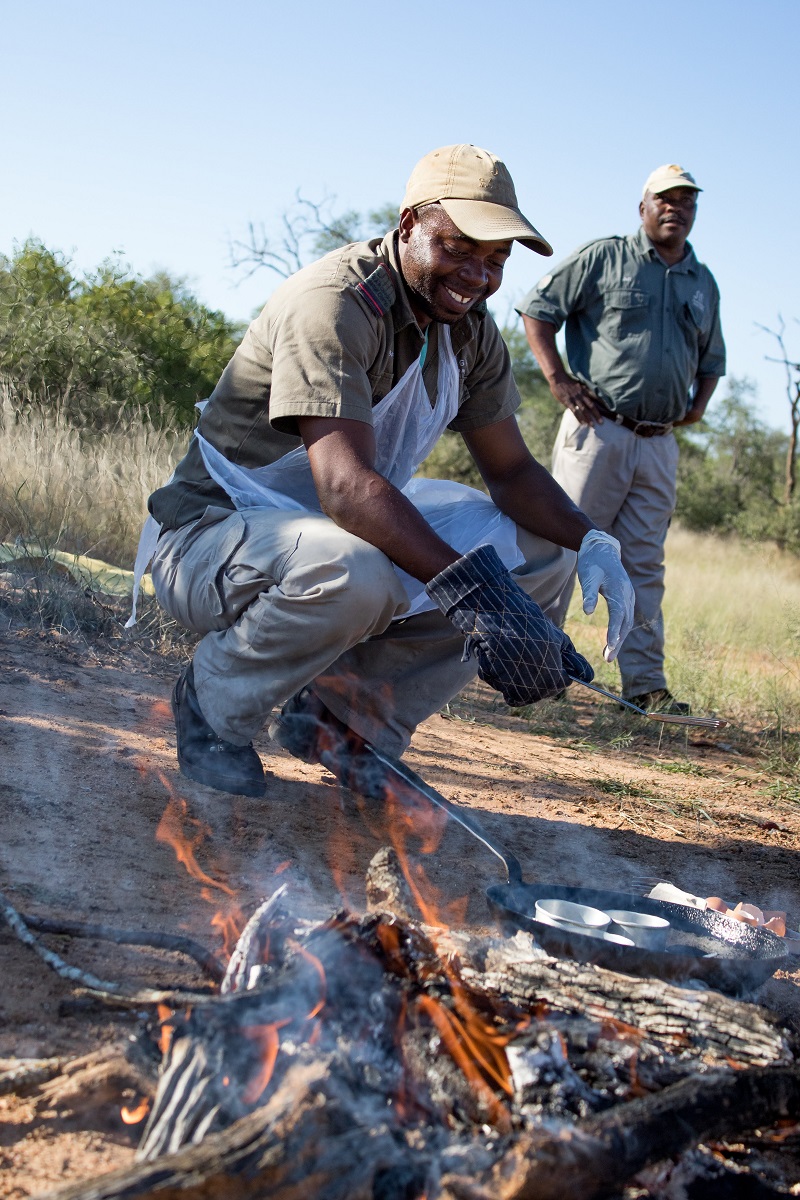 Another week has slipped past, and we have used our time well! With maintenance of the reserve well under way, our focus inevitably moves towards our guests who are being thoroughly missed at the moment, and whilst we have some downtime we are experimenting with new ways to make the Garonga guest experience that much more unforgettable!

This week saw the birth of the ‘Breakfast Braai’. A twist on our traditional picnic safari breakfast where the group’s tracker is left in the bush (pinny and all) and spends the last part of the morning coaxing the perfect coals from a fire in a carefully selected scenic spot. When the rest of the team arrives from feasting their senses on the wonders of the bush, they are invited to feast their bodies on fresh fire-fried egg and bacon butties, alongside piping hot coffee, fresh fruit and exquisite quiches from Garonga’s kitchen. The aim is to keep it simple to prevent the spectacle from jarring with the flow of nature around us, and to feed not just the body but also the soul. Having been on the idea’s first test drive I can say wholeheartedly it was a success and promises a breakfast that will never be forgotten. 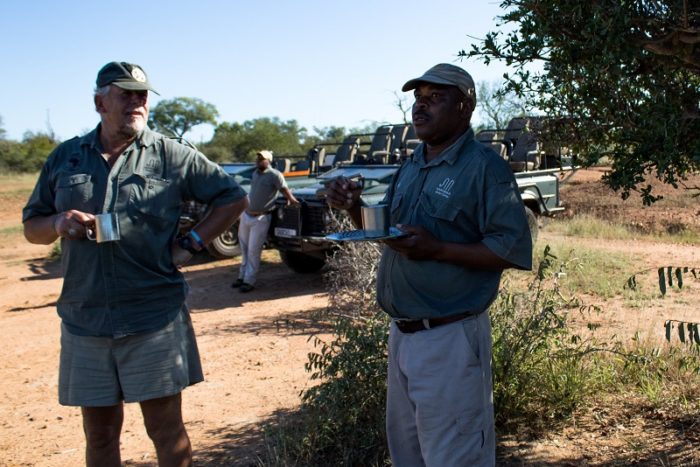 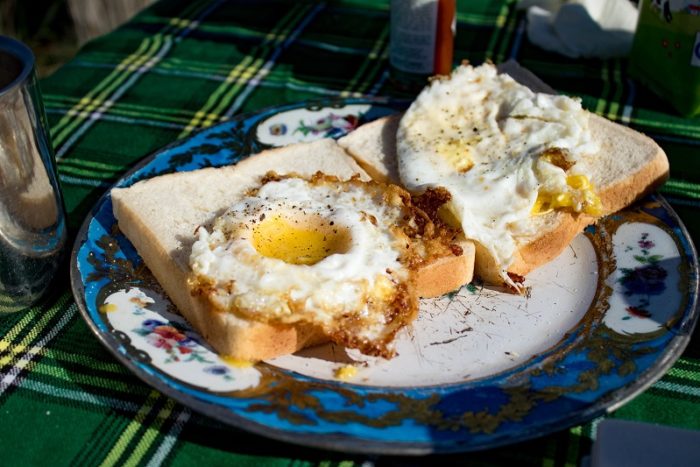 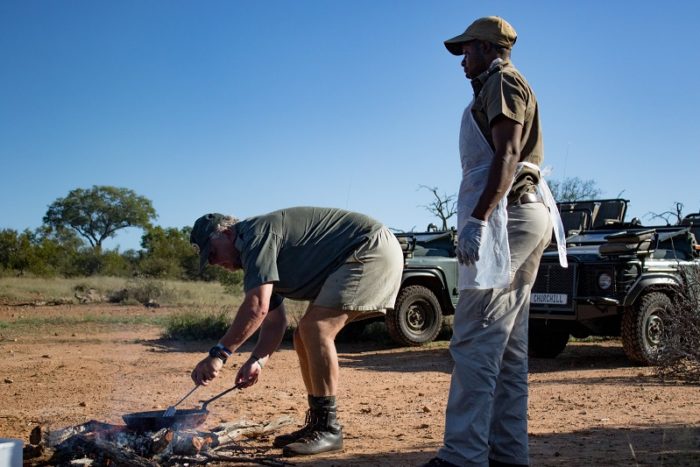 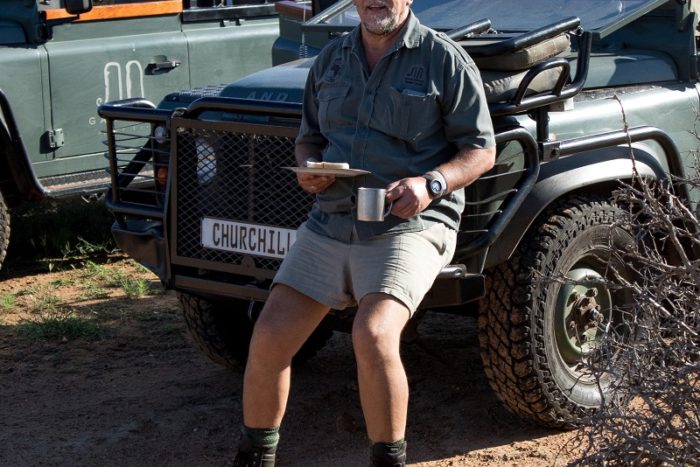 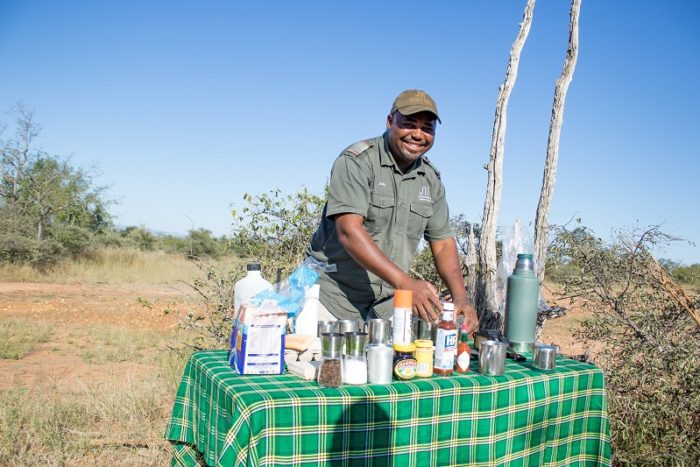 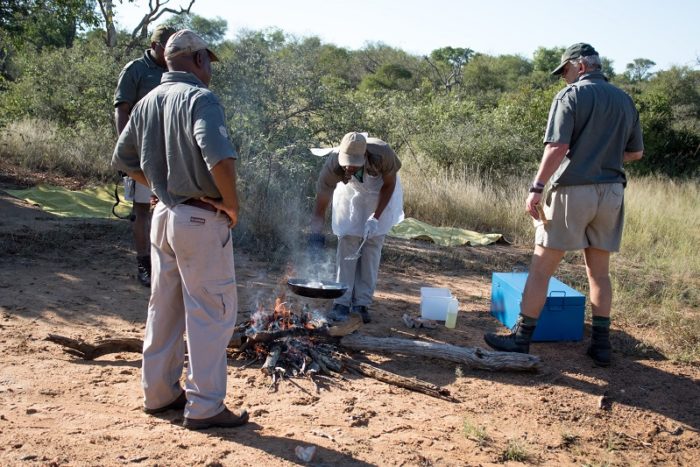 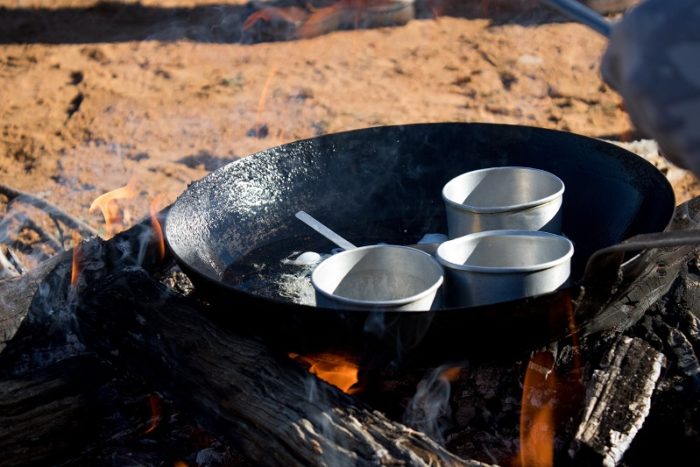 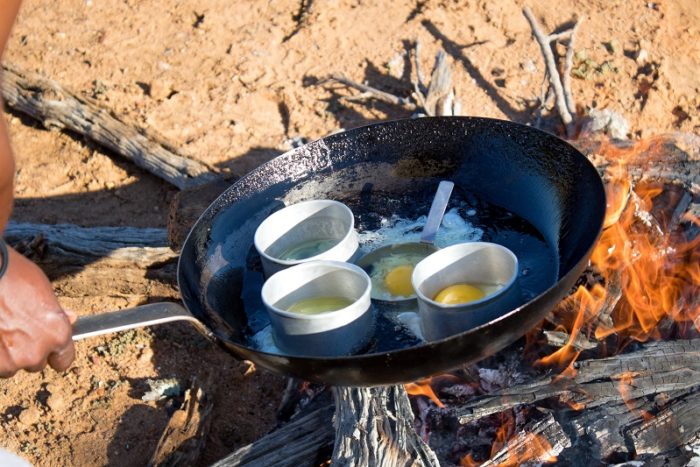 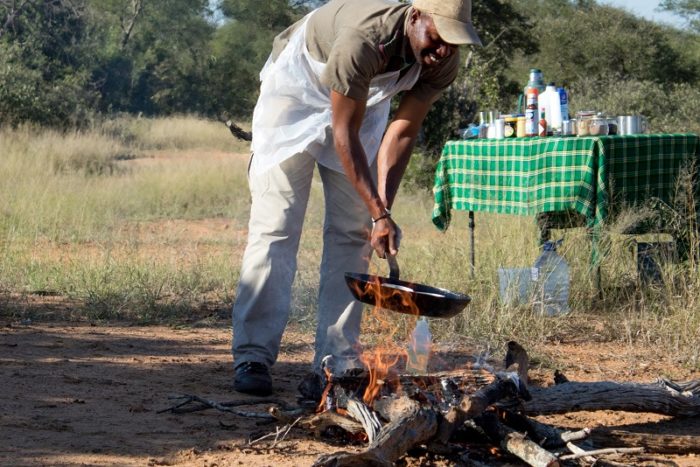 Did someone order breakfast with a side order of wild? © Sophie Barrett

Having whet our appetites fine tuning our fire cookery skills it seemed only appropriate to fine tune our firing skills as well! Whilst we hope never to need to use these deadly abilities, it is essential that should the need arise we know our speed and accuracy will keep both ourselves and our guests safe. So – to the shooting range we went! In recent months, we have been taking advantage of a fresh pair of eyes to come and give our shooting a critical once over. As such it has been a while since we needed to make use of our own targets. We were all fired up (pun intended) and ready to go with just one minor setback, only one of our three targets was ready for action!

Now if there is one thing the Safari Team loves it is a challenge. We split into two teams and began to devise ever more elaborate plans to stabilise one of our old targets and to craft (masterfully) a new target out of a mere cardboard box. Whilst our plans, undoubtedly, would have been successful eventually, in the interests of time Jaff took charge, rustling out boards for our targets that would actually be able to resist the high calibre rounds we wanted to fire at them. Finally, the DIY skills were show-cased to the full and we were ready for action. The practice went smoothly with excellent accuracy and speed from all of the team. The overall winner was too close to call and that is how we like it when it comes to shooting. 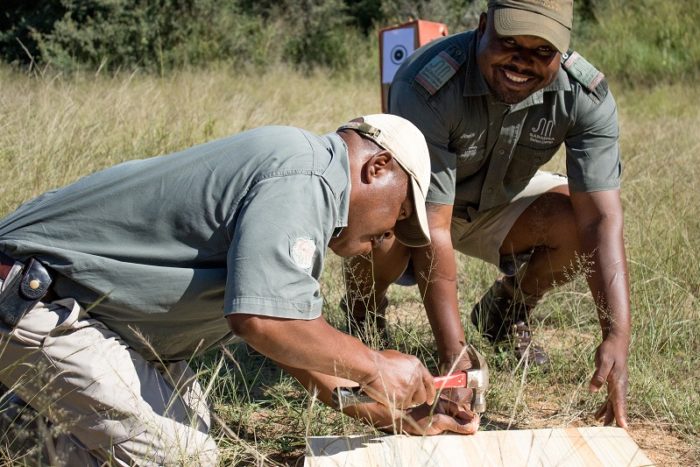 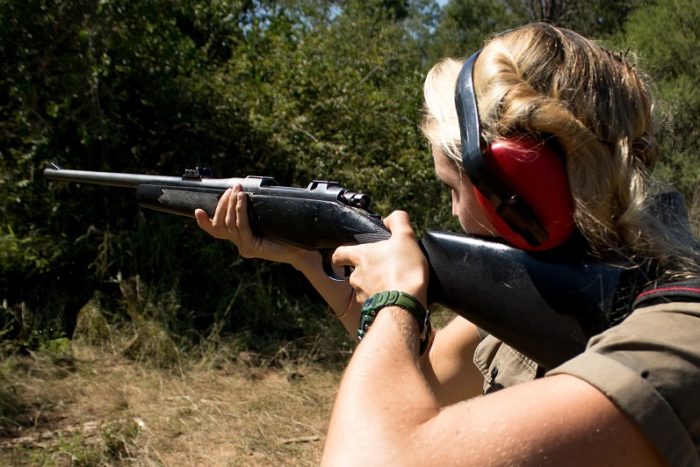 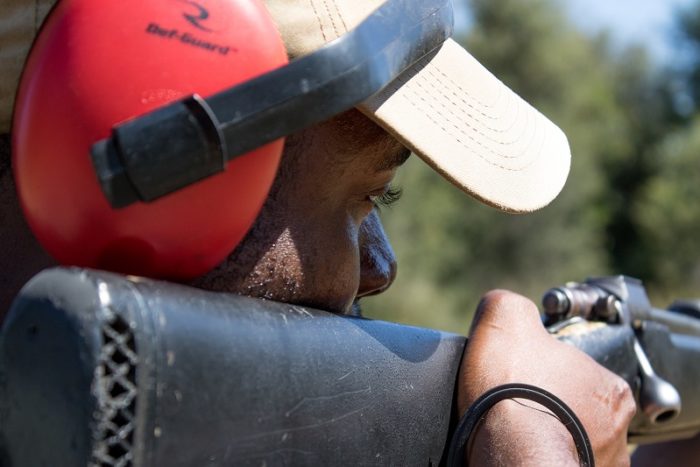 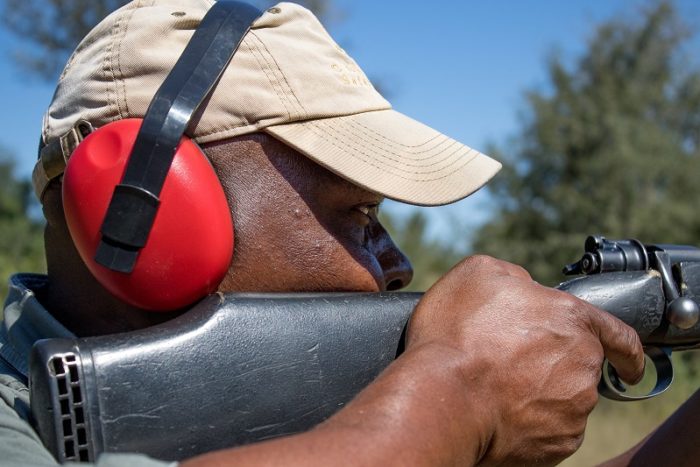 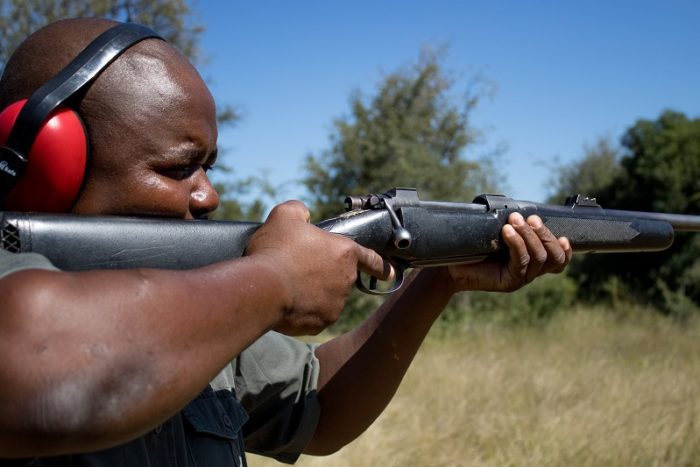 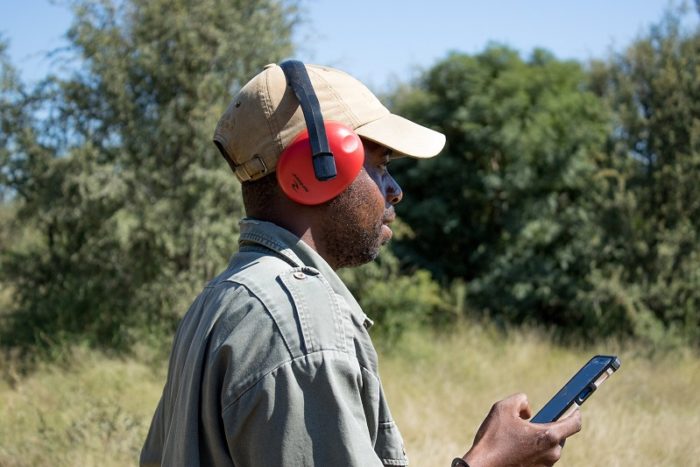 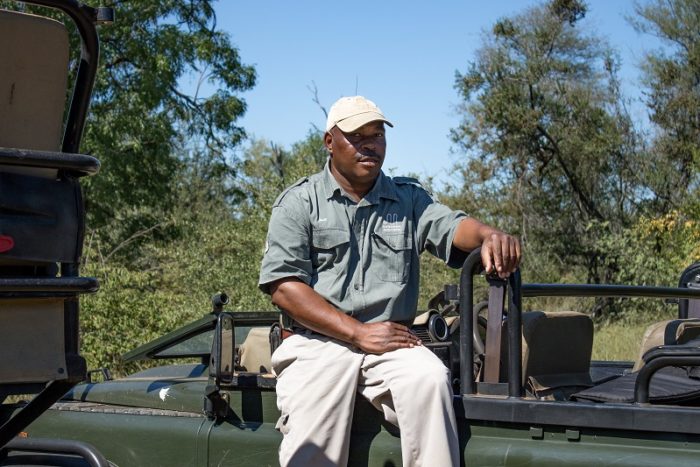 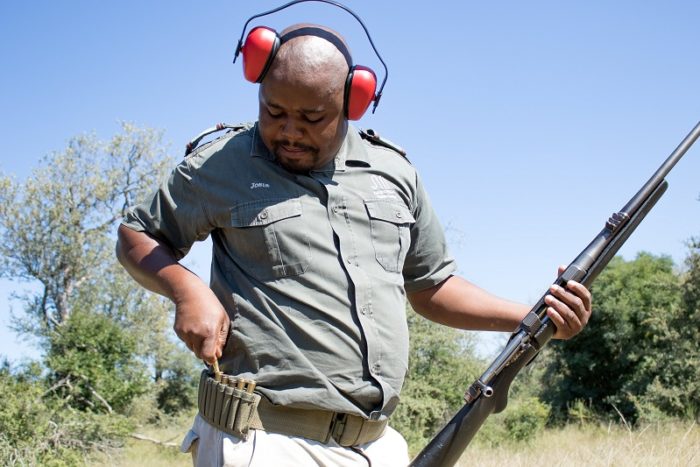 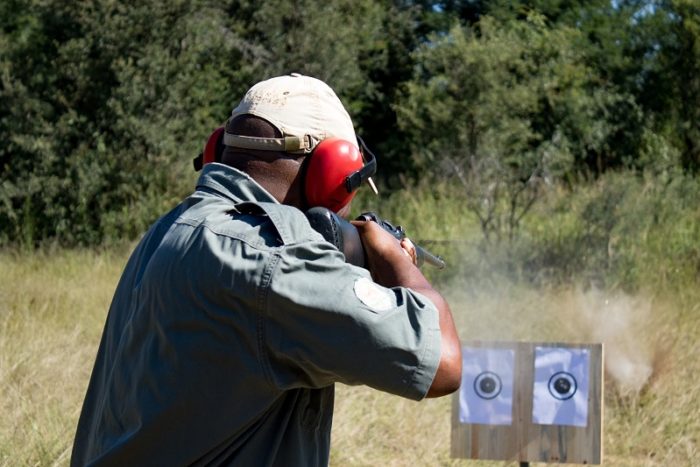 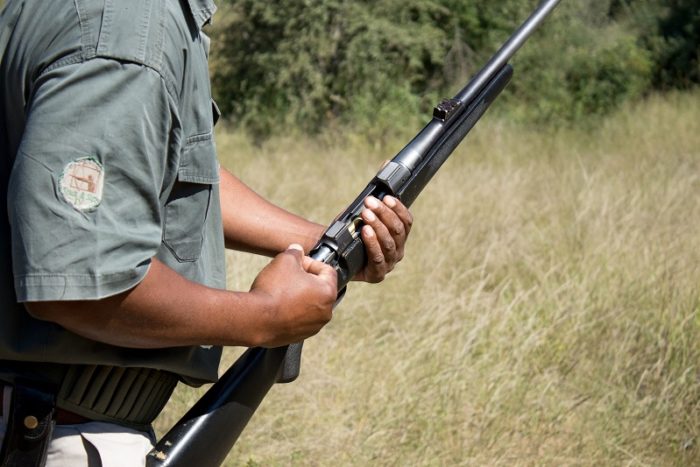 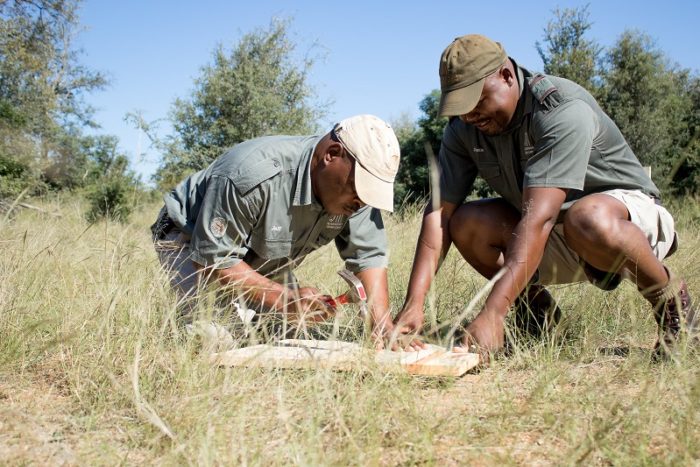 Getting creative and deadly, the Safari Team keep their skills sharp © Sophie Barrett

Finally, it wouldn’t be a week in the wild if we didn’t have some animal experiences to share! This week we were truly spoilt by an unusual interaction. Since their release into the open system in June last year, the herd of buffalo have been taking their time exploring every inch of the reserve. There is barely a corner that can be turned without some evidence that the buffalo have been there first. One recent morning we were out on a monitoring drive and we saw one of the newest residents of the reserve giving the buffalo a piece of her mind! It was incredible to see this youngster, not even two months old, stroll straight up to an adult buffalo bull and chase him off from his resting spot! It is, of course, possible that it might just have been mum’s protective presence at her back that scared the buffalo bull off in the end, but we loved seeing the confidence and sass the calf showed – truly a fiery soul!

Check out the interaction for yourselves in the video below:

Small but mighty, the newest addition to the reserve shows her curiosity and confidence with a protective mum keeping a close watch! © Sophie Barrett

P.S: You can learn here how the buffalo herd was released into the Greater Makalali Game Reserve last year.