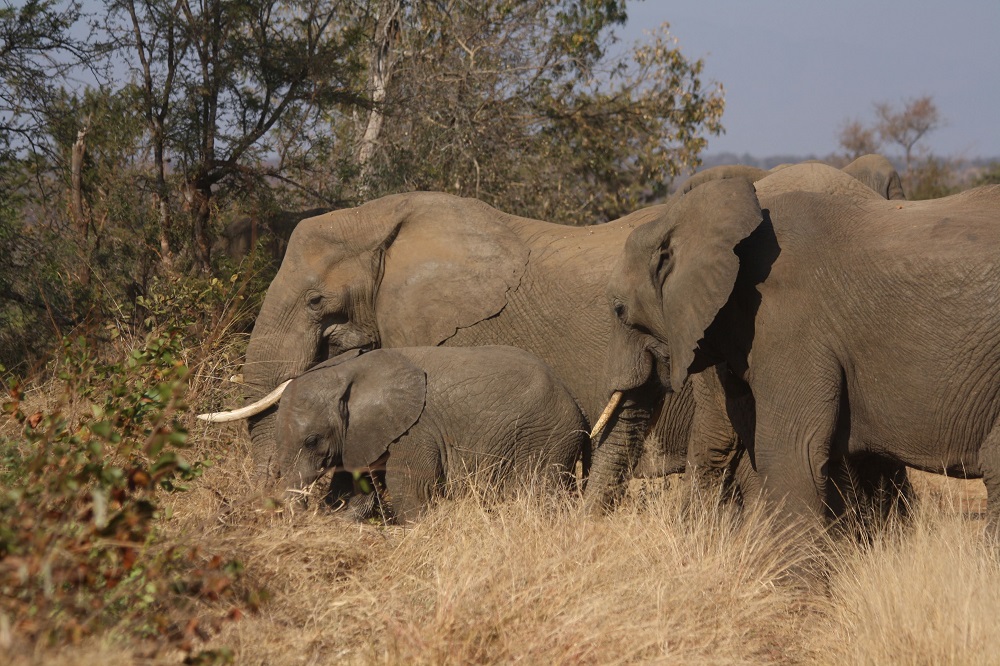 by Sasha Maggs and Richard Nyathi, guide and tracker at Garonga

My mother has always told me that she has never felt stronger and more in charge than when she became a mother for the first time. The responsibility of the little one that is half of you brings out incredible protective instincts that will help you to defend this small piece of your heart that has joined you on the Earth from anything or anyone that may hurt it.

Now, mothers in nature are quite the same. Many of them have different methods of caring for their young, but all of them are incredibly protective in their own beautiful way.
Whether it is predators keeping their young close by and teaching them valuable life lessons, or herbivores keeping their young together in small groups for optimal protection, animals will do their best to keep their little ones safe.

We had quite the experience with one of these protective mothers – and she gave us the elephant equivalent of a talking-to.

Upon finding a lovely, large herd of elephants that had been moving swiftly through the blocks and finding an old track going into the block they were currently in, we decided to move in ahead of them and have a special, close up experience with them. All was going wonderfully, until a large bull started coming closer to our car. Before he came too close, though, we decided this was a good time to head out of the block and make our way back home.

Unfortunately, we found our path blocked by a large elephant cow and her very young calf. Talk about being stuck between a rock and a hard place.

We tried to move around the mother and calf, moving very close to trees nearby, so that we could exit this tricky situation. However, mommy ellie didn’t seem to think our efforts were good enough. She turned towards us and shook her head, opening her ears out and spraying dust around her. This is of course a very good way to scare away any potential threats – I can tell you with absolute certainty that it was highly intimidating.

We’re taught in training to meet an animal’s level of intimidation, to keep a balance and not show any backing down, but not showing more aggression than they are displaying either.  So in this situation I lifted my hand and spoke to her loudly but calmly, hoping she would realize we are not a threat. I then waited for her young one to move further out of the way and then made my way out of that block, still calmly talking to the mother. She, however, barely moved her eyes off of us until we were well away from her baby.

As frightening as the situation may have seemed, my guests were all smiling when we stopped a little later and were all amazed at the power of an elephant, how protective the mother was, and how she chose to let us know she was uncomfortable with how close we were.

A lesson was definitely learned: Mother knows best. And you better listen to her.