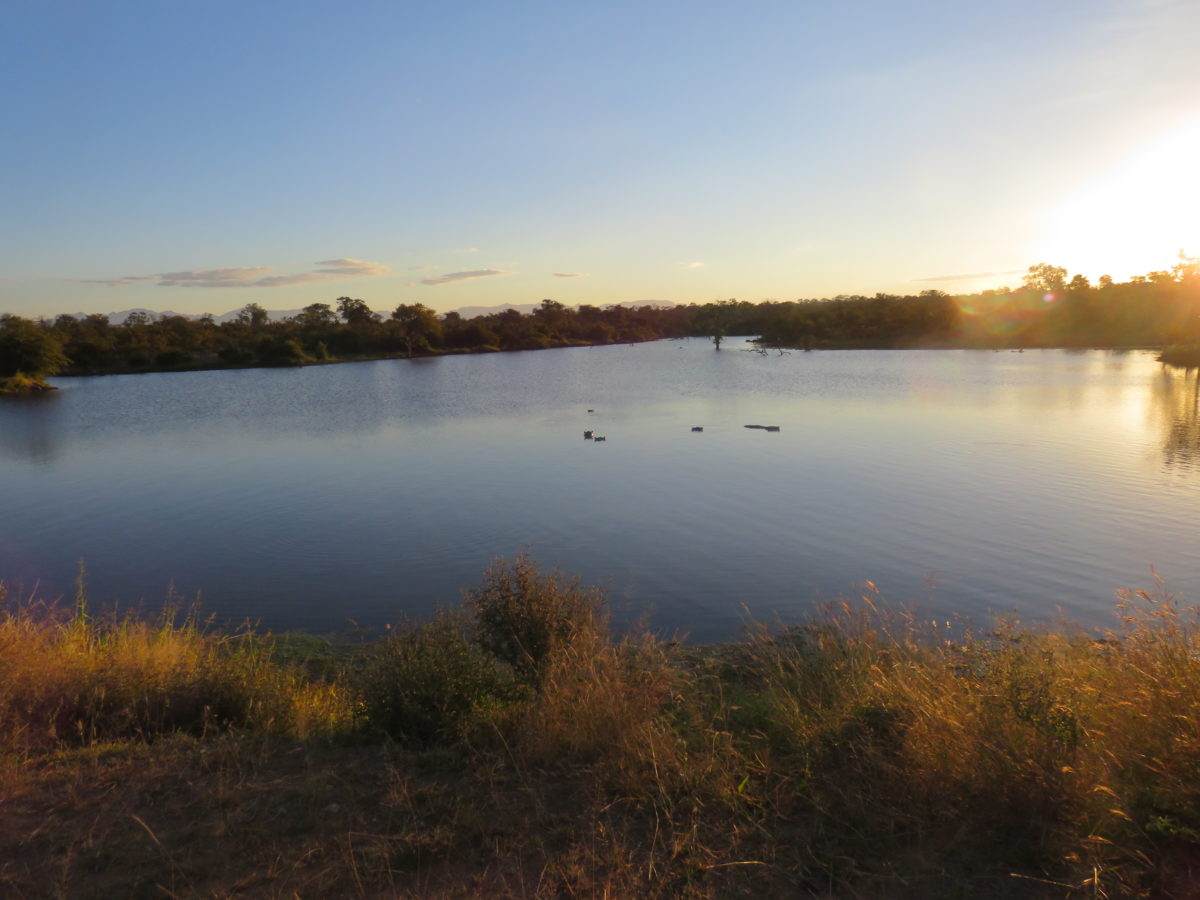 by Jaff Malapane, guide at Garonga

Some of the best safari camp stories start in a mysterious location with a mysterious cast. On this day I was actually lost and it doesn’t get more mysterious than that! I was coming from a part of the reserve called Harmony 90 (a remnant from when most of the area was owned by a mining company called Harmony), I had spent the morning looking for an elephant herd and after finding them, in a location that remains partly a mystery to me, I was making my way back to chartered territory.

Ahead of me I could see a group of giraffes staring at a tree – completely ignoring us. Now this is unusual behaviour, giraffes are naturally curious and will normally focus on a game viewer when it is driving towards them, when their attention is elsewhere every guide worth his salt will stop to see what has caught the giraffe’s attention! So we went closer to investigate and when I followed the giraffe’s gaze I spotted a boomslang!

It was a subtly coloured grey female moving slowly in the tree. Quite possibly the giraffes had disturbed it whilst they were feeding and were wisely waiting for the snake to move before they carried on with their feast. Boomslang have huge eyes and with them excellent vision, which is its main way of locating its prey. Once located, it will freeze with its head at an angle finally swooping onto the prey, grasping it firmly in its jaws and moving only its fangs in a chewing-style motion. The prey will soon succumb to the venom and is swallowed whole! Fortunately for the giraffes this means they are not on the boomslang’s menu.  However, boomslang can open their mouths as wide as 170 degrees allowing the venom fangs that sit at the back of their mouths to deliver their potently haemotoxic venom. Snakes will try to avoid using their venom unless it is on their prey but if they feel sufficiently threatened they will bite as a last line of defence, so the giraffe were wise to give the boomslang her space! Luckily the boomslang is typically a shy snake and prefers to move away rather than to instigate conflict with people. We watched her for a while and she started moving as though heading for the ground, despite their aversion to conflict we played it safe and moved away before she could get there!

Expect to encounter wild South Africa in its various shapes and sizes when you book your stay with us.