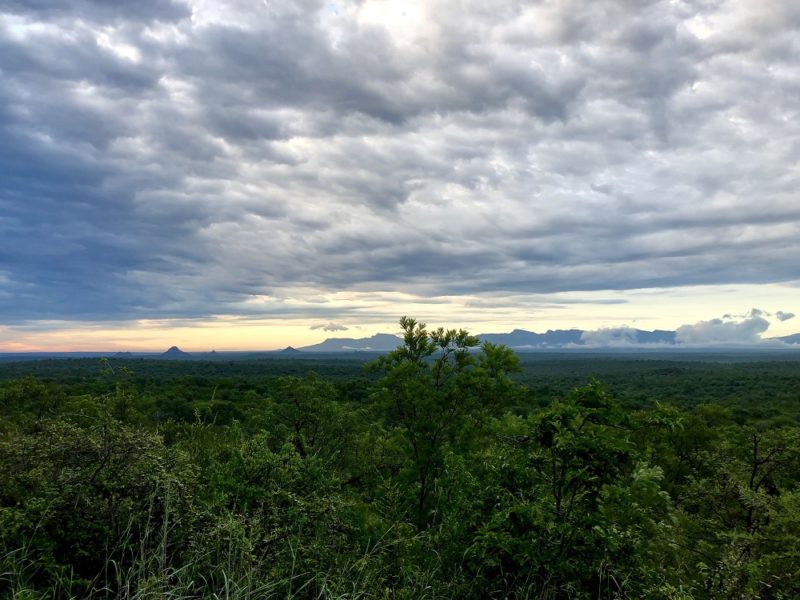 A game reserve is a place where unique moments happen on a daily basis. At any time seeing a particular creature, behaviour or interaction might be a first for either guest or guide. A game reserve is a place of wonder, a place where the definition of impossible is ‘it could happen tomorrow’. In such a place how do you decide which moments are everyday wonders and which are wonders for the history books? Usually this is a topic of hot and heavy debate, but recently here at Garonga we were all able to agree that one first was truly a first that will go down in the history of the reserve…

But what exactly IS the history of Makalali Private Nature Reserve? What follows is a whistlestop history tour and as a starting point we will journey back to the 1890’s, before the reserve was established when game freely roamed the plains and when gold was discovered in the area… As always in those days a discovery of gold meant a number of ‘get rich quick’ gold rushers soon followed. Fairly swiftly the nearby town of Leydsdorp had developed, and was soon to become the smallest city in South Africa! Now, if anyone has ever seen “Jock of the Bushveld” they would know that a gold rush doesn’t necessarily result in the immediate wealth that is often hoped for – a bit like my faithful lotto playing in the current day.

Now unfortunately the mining activities were accompanied by pretty dire consequences as far as the wildlife in the area was concerned: miners, labourers and land owners: hunted, snared and trapped game both for food and for sport. Back in the 1890’s there was little concern about the future of game species. Sport hunting was rife and many species in the area were decimated. Luckily before too long gold was discovered in more abundance and more easily accessible on the Witwatersrand and so Leydsdorp was abandoned by the gold rushers. There were a few who remained behind and attempted farming but most of these attempts were unsuccessful for a variety of reasons, not the least of which being the heavy presence of tsetse flies and malaria carrying mosquitoes – hardly ideal neighbours.  Around the 1940’s we struck a different kind of gold via the aerial spraying of DDT in the area which virtually wiped out the tsetse flies and mosquitoes (as well as having a pretty severe impact on the rest of the area’s wildlife). Following the DDT spraying the land was parcelled up and handed out to destitute soldiers from WW2 most of whom chose to move into cattle farming. Cattle farming, poor land management and excessive hunting led to a further devastation of the area’s wildlife populations.

Between the 1950’s and 1980’s the area once again saw an influx of miners but looking for a different sort of treasure. This time Mica and Feldspar were on the agenda and by now large parts of the local area were owned by the Harmony mining company. To this day much of the area is known as the Harmony block and the dirt road that abuts the western side of the reserve is still called the Harmony road. Slightly ironic given, up until this point in our history tale, how notably unharmonious our presence had proved to be on the wildlife of the area. Happily mining of Mica and Feldspar came to a gradual halt as both minerals can be mined much more efficiently elsewhere and so it was in the 1980’s that a group of local farmers turned towards eco-tourism, internal fences between the farms were dropped and the Makalali Private Game Reserve was born!! Now the creation of a game reserve is a little more complicated than just dropping and putting up fences, huge amounts of work had to be done to rehabilitate the land, work that is still ongoing today, and as the land recovered the reserve needed to be populated. The intention was the reintroduction of indigenous species that had been made extinct in the area due to the human activity, this has been a slow and ongoing process with its own brand of hurdles to overcome.

Over the years as Makalali Private Game Reserve has grown and developed, as land has been rehabilitated, we have continued to reintroduce species to the area. Diversifying gene pools and helping these animals survive for future generations to marvel at. Some introductions are easier than others, although rarely do they run completely without a hitch! Take a look back at this blog  from August last year to see how we released a new female cheetah into the reserve. Getting everything ready for some species takes a lot of time, for example Makalali Private Nature Reserve has not seen free-roaming buffalo for more than 100 years! However, re-introducing them is not as simple as just purchasing some and setting them free. In South Africa buffalo can be carriers of major diseases, especially Corridor Disease and Bovine Tuberculosis. To find disease-free buffalo is an expensive process, and there are careful regulations in place to prevent disease-carrying buffalo from just being released ‘willy nilly’. Back in 2009 the reserve collectively invested in eight disease free buffalo and moved them into a 400 hectare breeding enclosure. We were going to need far more than eight before we could think of releasing them. Buffalo are fascinating social animals and despite their cattle-like appearance can be impressively fierce when the occasion calls for it. During the era where sport hunting was rife buffalo are said to have killed more big game hunters in Africa than any other animal. However, releasing a mere eight buffalo into the open system would have effectively signed their death warrant – the lions would have had a field day! Over the last decade Makalali’s population has swelled to a stunning fifty-two animals, a number that we hope is high enough to withstand predation by the healthy lion community within the reserve!

After much behind the scene work with blood tests to check the buffs were still disease free, stamps from State Vets and signing helicopter pilots on board it was finally time, to drop the fence and release our buffalo into the real world. This is a day that has been talked about repeatedly over the last decade and it was finally here. We dropped the enclosure’s Eastern fence and a truly fearless helicopter pilot chased the buffalo into their new home!! For the safety of the guests we let the release take place in a secluded environment with just a few of the owners watching the proceedings. Being pursued by a large, noisy alien flying machine isn’t exactly the most relaxing of experiences for animals and buffalo can charge at around 50kph when they feel like it. Combine that with those impressive horns on the top of their noggins and you really don’t want to be sitting in a game viewer in the path of a disorientated buffalo. After a few nail-biting hours the call came through. The team had done it and the buffalo were free. That afternoon the excitement amongst the guides was palpable. This was a huge moment for the reserve. For the first time in the last century we had free-roaming Big 5 on Makalali, how could we not head down to see them?! There is a saying that I believe was carved after years of experience and is one I have studiously avoided following: “Never work with children or animals”. Heading down to the side of the reserve where the herd had last been seen we prepared ourselves for a lengthy tracking exercise. Knuckles cracked, spines limbered, and legs neatly lunged we were ready to go to whatever unexplored corners of the reserve the buffs might have found. Much to my amusement however, there was no need for such comprehensive preparations, the herd was peacefully grazing just on the other side of the fence, almost as though they had spent a decade staring at the “greener” grass on the other side and now that they had the chance to taste it they weren’t going to squander it. Sitting amongst the herd that night was incredibly peaceful, deceptively so. If we hadn’t had a spy or two at the release we would never had guessed the stress these animals experienced that morning. But as is often the way with nature it has so much to teach us. Realising they were all unhurt and together, the buffalo shrugged off the morning’s drama and carried on with the most important business for them, keeping their stomachs full. It was the sort of sighting that makes guests question why buffalo are included in the Big 5. But in spite of their calm exterior, when they need to be these animals are a storm made into flesh, they are living for the first time in a world with predators and before long their darker side may well need to rear its head. Until then, just like July 20th has become the day to remember the first man landing on the moon, June 22nd is a day that will go down in the history of Makalali Nature Reserve, slowly but surely we are restoring the balance.

Check out our scrolling gallery below showing the buffalo enjoying their newfound freedom! 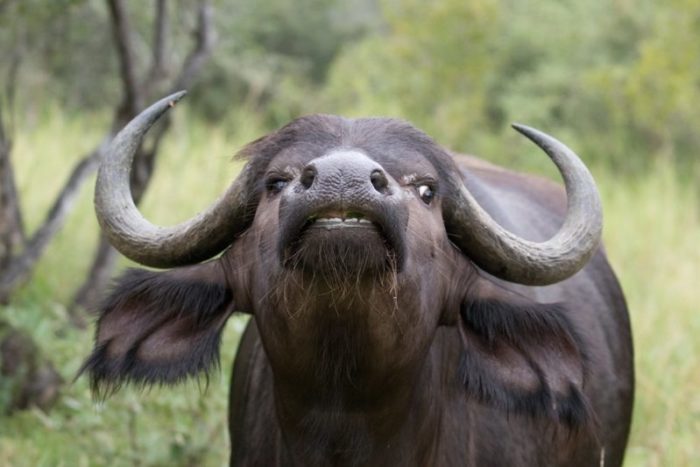 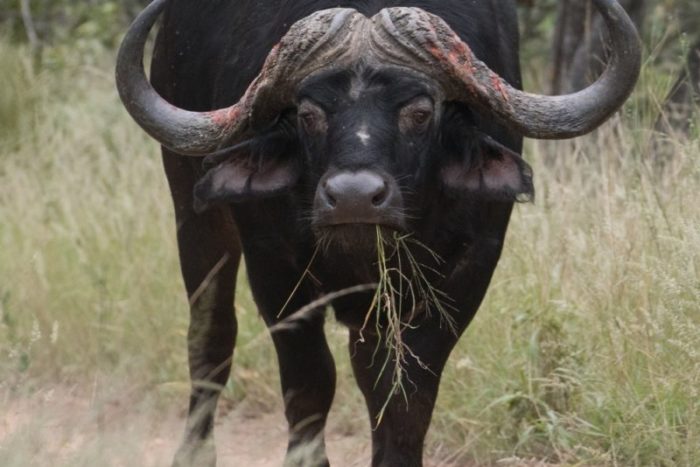 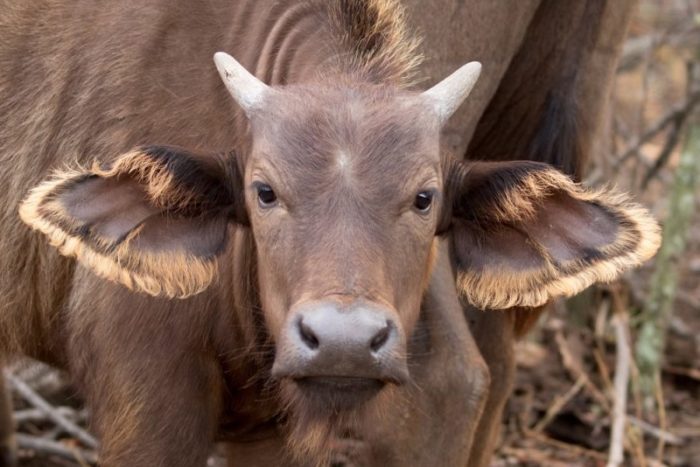 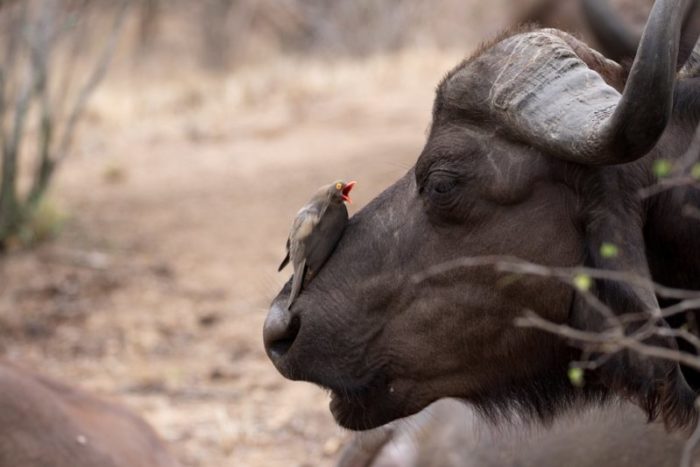 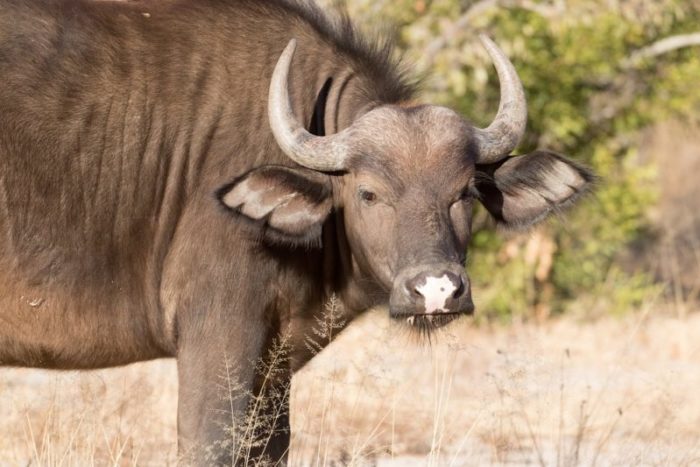 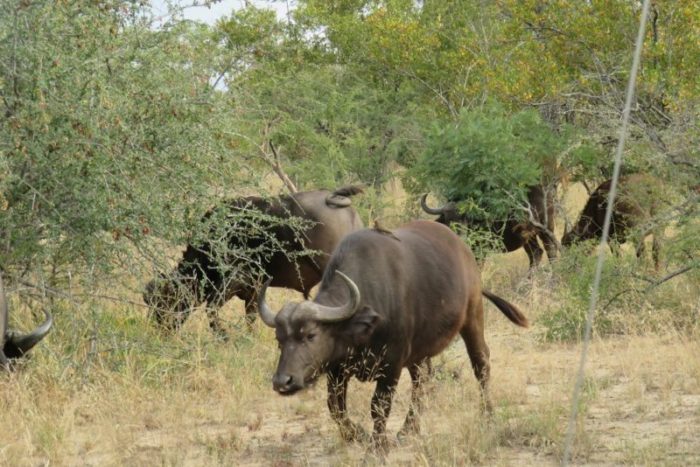 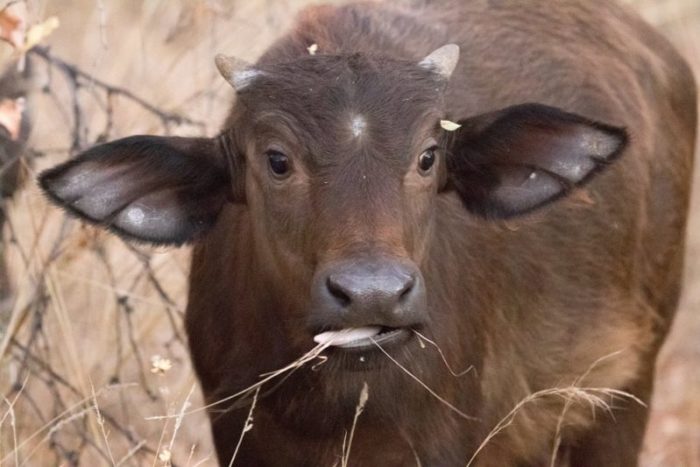 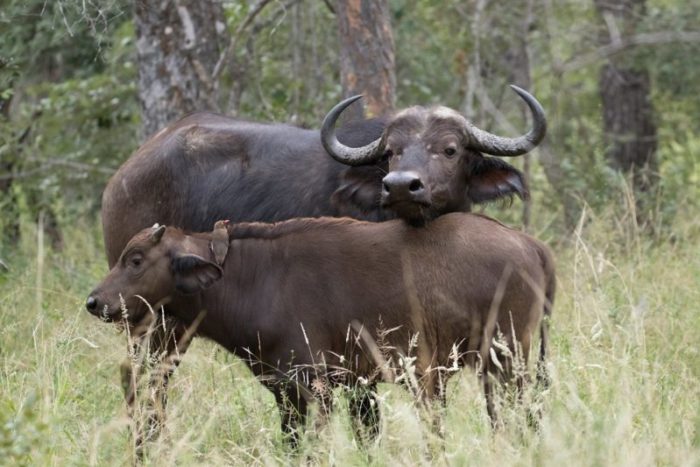