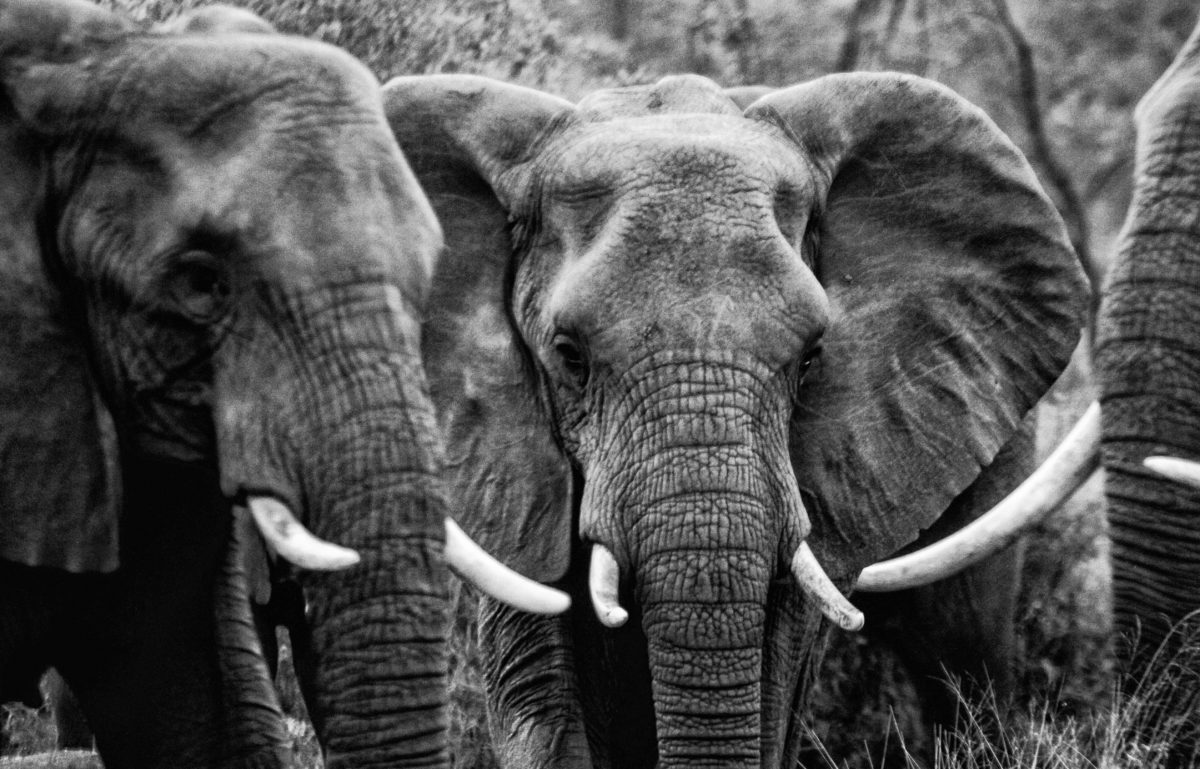 I suspect almost everyone reading this will be familiar with Sir David Attenborough and Dame Jane Goodall, but I don’t know how many of you will have come across Greta Thunberg. I like to think of Sir Dave, Dame Jane, and Greta as our wildlife warriors. Their work helps to inspire conservation and to raise awareness on a scale otherwise unseen. They open our minds to the wonders of nature and our eyes to the terrible impact we are having on our environment and they give us a reason to fight for the other creatures who share this incredible planet we call home. What has been particularly concerning, however, is that we are currently in the stage of the greatest threat to our environment and wildlife that we, as humanity, have ever seen yet our only renowned wildlife warriors are in their 80s and 90s.   We are trying to fight a war without any soldiers or allies, a method that has not, historically, been wildly successful. Greta Thunberg looks like she might be starting to change this and to be fair Leonardo DiCaprio probably deserves a mention too. 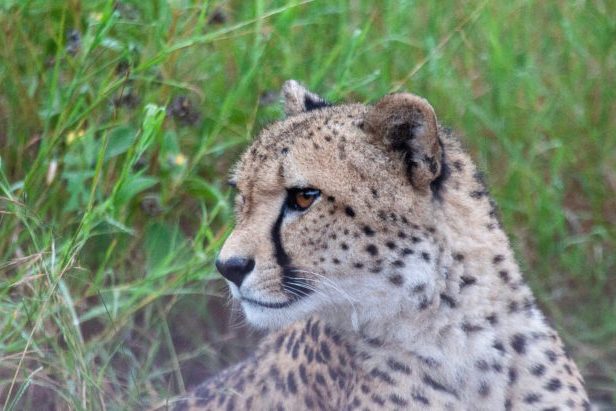 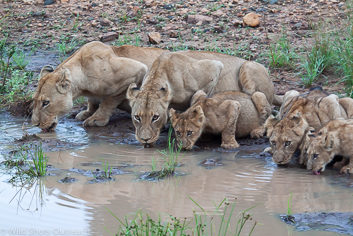 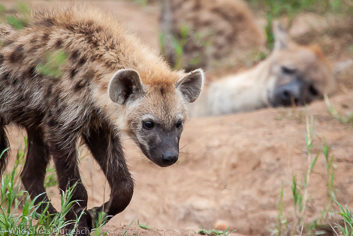 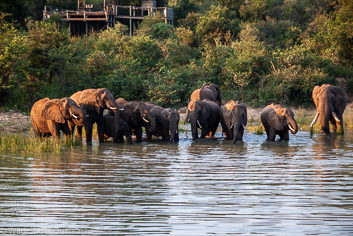 Here at Garonga, as you might have guessed, we love nature, and I don’t mean that in an early-teen-fascination kind of way but in a heart-pounding-life-ending-soulmate kind of way. We have a number of initiatives to try and minimise our impact on the environment whilst working to share our love of it with everyone we meet. Now, as you can probably tell from the introductory paragraph I am strongly of the persuasion that we need to have champions for our cause to have any chance of success. Recently Garonga came across an organisation whose goal appeared to be to fill the wildlife warrior void, by going into local communities based around game reserves and national parks and using photography to inspire the youth to engage with and protect their natural heritage. This organisation is Wild Shots Outreach and it does amazing work. We held our breaths and got in touch with Mike Kendrick, Wild Shots Outreach’s founder, to see how we could help.

I think Wild Shots Outreach’s work is vital to the future of conservation. If we want to have any long-term success we need to galvanise the youth. Shockingly many of the people living within 20km of game reserves across South Africa have never even seen the wildlife we are asking them to protect. Mike’s work changes this. He introduces young people from local communities to their natural heritage for the first time, whilst simultaneously kitting them out with tools to empower them to do something with the inspiration they take away from these workshops. The more we heard about Wild Shots Outreach, the more we wanted to get involved and the best way to do so seemed to be to take on a graduate from the Wild Shots Outreach course. This is how Garonga met Vusi Mathe.

Vusi is 20 years old and from Acornhoek, a local community that is nestled in between Moditlo Game Reserve, Andover Nature Reserve and the Blyde River Canyon Nature Reserve, and practically sits on the doorstep of Kruger National Park. Following his participation on the Wild Shots Outreach course, Vusi returned home roused to the conservation cause. He founded an organisation in his community called Protect and Conserve to share his inspiration with others. It encourages everyone he can reach to rally to the defence of nature, to stop all forms of poaching, including poaching for the pot and to help him spread his message. Vusi was also captivated by the photographic skills Wild Shots Outreach had taught him. He sees his photography as a vehicle that can be used to motivate others to the same goal: celebrating, protecting and conserving the incredible wildlife we have in the world. It helps that he is an amazing photographer. All of the images in this blog, with the exception of the one of Vusi below, were taken by Vusi during his time at Garonga.

Vusi spent a week with us at Garonga. Vusi had the chance to experience what it is like to be a guest in the lodge, whilst also gaining the opportunity to expand his wildlife photography portfolio, but also to see if there was any role in a lodge that might appeal to Vusi for his future. Vusi was a storming success. His quiet, friendly and dedicated approach to the placement made him a joy to have around and the images he produced were stunning. Now there are incredibly few people in this world who are able to make a living solely out of wildlife photography, so whilst he was here we discussed with Vusi plans and possibilities for his future. Luckily the charm seemed to work both ways and as taken as we were with Vusi he was with us. His dream evolved more specifically within the world of guiding, and he now dreams of becoming a guide. This will enable Vusi to continue with his photography and to reach both the hearts and ears of local and international people with his message of conservation.

When Vusi left Garonga we were determined to help him with his dream. We have put Vusi in touch with Bushwise Field Guides, who incredibly have offered Vusi a bursary position on the course starting in January 2020! Vusi is on his way to becoming a Field Guide but we are asking for your help to make his dream a reality. We at Garonga already feel that Vusi is a Wildlife Warrior and in order to help him realise his full potential we are aiming to raise 100,000 Rand through your kind donations. These funds will be managed by Wild Shots Outreach and will be used for the cost of driving lessons before his course starts; study materials to use on the course; study essentials like binoculars (a guide’s best friend!!); and a monthly stipend for him during the course to cover costs of transport home and to allow him to explore the local area on his off-time with his fellow field-guiding students! So if you have ever paused to fret over the state of the world today and to wonder what the future of the incredible nature that surrounds us may be, we ask you to consider making a donation to Vusi’s future, any amount, no matter how small makes a world of difference. You can donate here!

To finish I would like to leave you with the story of the old man and the starfish… Once upon a time in a far away place there lived a man. This man had lived through more years than he cared to share and in the twilight of his life he had moved close to the sea. The sea both soothed and scared him and he would walk on the beach every morning and every afternoon trying to find the courage to swim. One morning as he moved along the sand he rubbed his eyes in disbelief. The white sands had turned red. Everywhere he looked starfish had been washed onto the beach by a freak tide that had swept through during the night. The old man was overwhelmed by sorrow at such a huge loss of life and did not see how he could save them all. Nonetheless as he walked he picked up one starfish at a time and returned them to their ocean home. When he had been working for a few hours a lady walked past and stopped to watch the man and his work. After a few puzzling minutes she approached him and asked why he was bothering with his efforts when there was obviously no way he could possibly save all of the stranded starfish. There were too many, the lady said, in the grand scheme of things he wasn’t making any difference. At this the man looked up and was confronted by the thousands of starfish that still sat stranded despite his hours of toil. He looked sadly upon the starfish and then turned to the lady and said that whilst it might not be making a big difference to the scale of the problem, the difference to each individual starfish he handled was significant, his intervention meant life or death to the individual starfish, and that he said was reason enough to carry on.

With some nurture and opportunity it is entirely possible that Vusi might grow to be Sir David Attenborough’s successor. But even if he never reaches the international renown that Sir David now enjoys, we can be sure that those who meet Vusi will be inspired by his love of the nature around us and the desire to protect it for those who will come after us.

Below are Vusi’s own words describing his time at Garonga:

My experience at Garonga Safari Camp was the greatest experience of my life. The energy of the staff at Garonga was amazing. The staff treated me like their Garonga family. I learnt a lot about tracking, lodge management and all sections of the Garonga Safari Camp. While I was at Garonga I made new friends who kept  encouraging me to do more and never give up. The Garonga family enabled me to realise my passion for wildlife and conservation. In my life I have never thought of becoming a game guide. After experiencing how the guides at Garonga work, I realised that I can also study to become a guide. A big thanks to Sophie, Josia, Louie, Derrick, Phineas, Bongi, Kaizer and Stuart for mentoring me. A huge thanks to Bernie for giving me the opportunity to experience how lodges work. And huge thanks to Wild Shots Outreach and Mike Kendrick for allowing me to go and experience Garonga. Everything went well and I enjoyed being a member of the Garonga family. 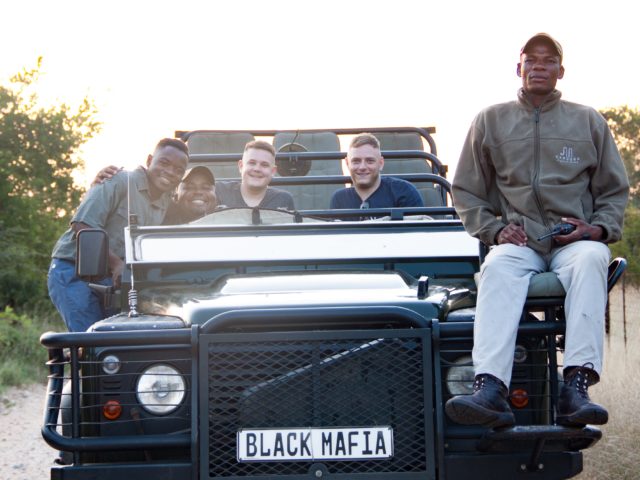