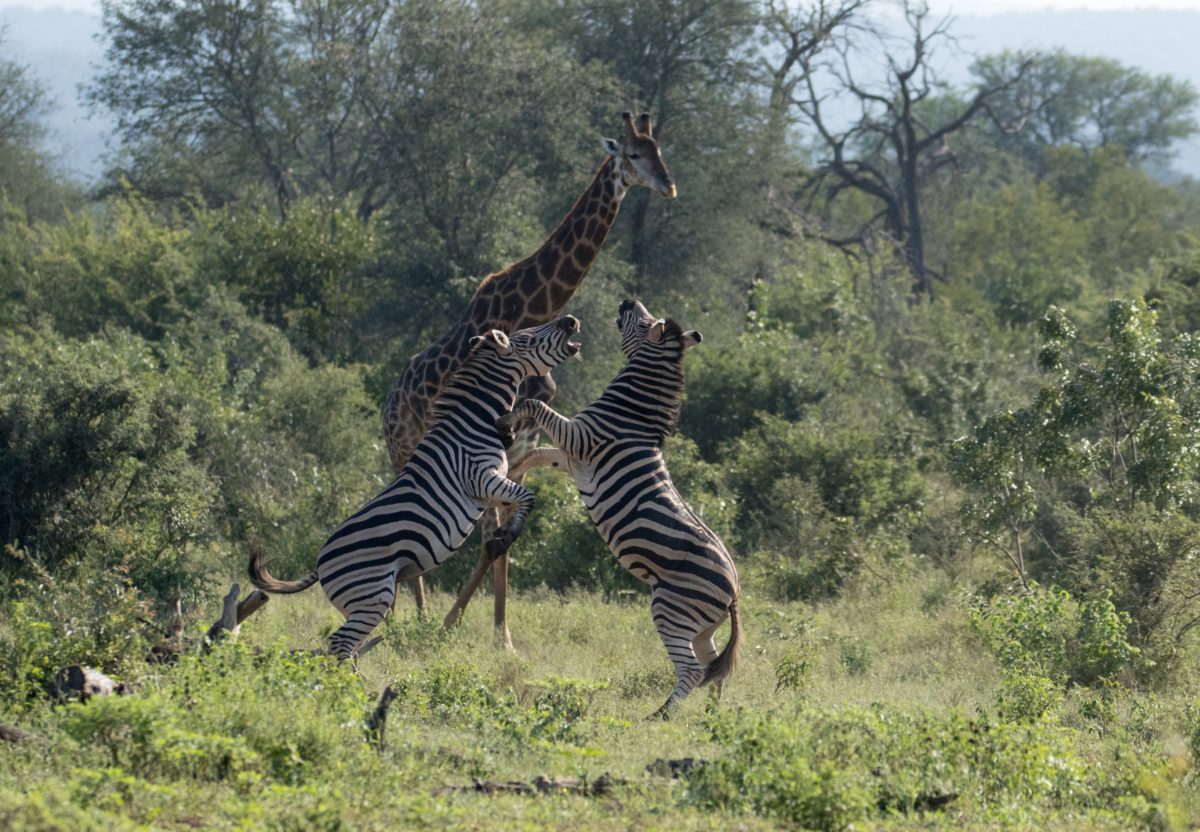 Certain guest questions, like certain guide jokes, can be considered to be a staple of a visit to the bush. For a guide, watching a zebra go from one side of a road to the other we are overwhelmed by the urge to call out “zebra crossing!” and only very rarely do we successfully repress this urge. In our heads each repetition of the joke is met with raucous laughter accompanied by general agreement that your guide is a sterling human and probably has a decent back-up career as a stand up comic. In reality, the joke is often met with a raised eyebrow, possibly even a roll of the eyes, and if the guide is really lucky a polite titter. Nevertheless, I can assure you it is a joke that never gets old. Similarly, when presented with our equine pals guests’ lips start to twitch, they glance sideways at one another and finally ask the immortal question: “So, are they black with white stripes or white with black stripes?”, quick as a flash our lowveld guides will fire back, “ah but what about the grey stripes?” which are a distinguishing feature of the Plains zebra found in the area. In general this tends to stump guests and we all move on from our guilty game drive giggles to enjoy the animals themselves. Despite this battle of the comic wits zebras are a firm favourite with guests and guides alike and never fail to delight on a drive as we rediscovered on a morning not too long ago…

Here in the bush Autumn has started or, as the Starks would say, ‘Winter is coming…’ Our mornings are misty and there is a definite chill to the air. In practical terms what this means is that we reach a point on the morning drive when Bongi and I spin round in excitement only to discover that the mysterious noise we are investigating is the gurgle of a guest stomach – it is time to stop for coffee. One recent morning, anticipating that the stomach rumble would soon be upon us, we stopped for coffee in an open clearing and, after a quick check that there was nothing lying in wait behind the bushes, we invited the team to come down and stretch their legs. However, we were not the only occupants of the clearing, although we definitely needed some caffeine to get our energy levels up to the standards of those who were sharing it with us! Across the open plain was a scene that proved, beyond a doubt that we were in Africa. We had been joined by a tower of giraffe and a dazzle of zebra – and boy were they active! A couple of giraffe bulls were sizing each other up, whilst being pointedly ignored by the females who were with them, spoiling for a battle over mating rights. Their limelight, however, was stolen soundly by the zebra stallions.

Zebras have a foul temper that they demonstrate with a solid kick and a nasty bite and these stallions were in need of a referee. When zebras fight over mares they have been known to inflict serious wounds on their challengers – and I mean serious, zebras running around sporting half a tail have most likely fallen foul of another zebra stallion rather than pulled off a close escape from a lion! The fights are fast and messy, each stallion lunges to take a bite out of his opponent. There is no gentleman’s agreement here. As we watched the males jumped, snapped and spun; suddenly crashing forwards onto their knees to prevent their opponent biting through their genitals! On foot in the clearing we were connected with the sighting in a way that is hard to achieve in the vehicle. Our hearts were in our mouths and our adrenaline levels spiked as we watched, transfixed, as the battle played out. After an incredible number of near misses one male emerged victorious and chased the vanquished opponent, thankfully with both genitals and tail in tact, from the clearing! Shaking our heads and grateful that our day would be considerably more peaceful we slipped back onto the game viewer and headed for home without a single mention of stripe colours or zebra crossings.