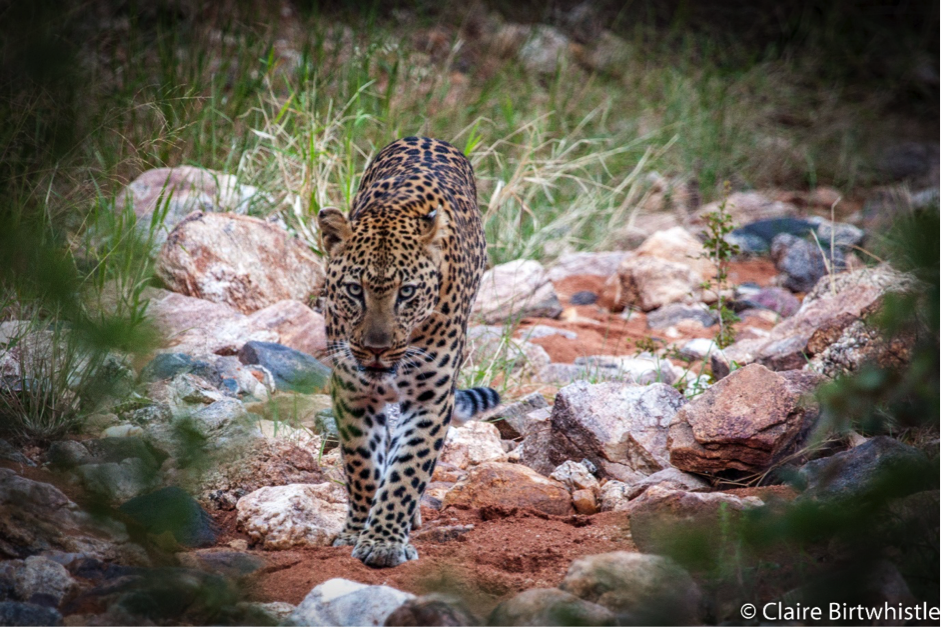 From agile antelopes to impressive elephants there is always something intriguing to see in the thick Makalali bushveld. But it is predator sightings that tend to be the most rejoiced.

Claire Birtwhistle, who recently visited Garonga, describes her most memorable sighting during her stay:

‘At first glance, there was nothing but bush. However, slowly but surely, the unmistakable rosettes of a leopard became visible and an enormous male leopard emerged from the thickets. 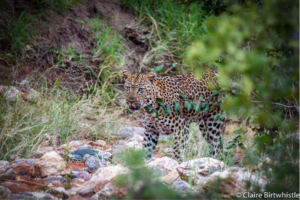 I could barely contain my excitement, let alone focus my camera. As quickly as he had appeared, he was gone again. Like a unicorn of the bush, he left us wondering if we’d even seen him to begin with. After all, spotting a leopard in the wild seemed like a far-flung dream for me at the time. I was desperate to see one of course, but after several different wildlife safaris, countless game drives and still no leopard sighting, my hopes weren’t high.

As soon as the leopard disappeared into the bush, our expert guide, CJ, and tracker, Phineas, sprang into action. Their familiarity with the bush was unbelievable as we bundu-bashed our way down to the dry river bed. Positioning us with a clear view of the river bed in front of us, CJ switched off the engine and we waited. Sure enough, just a few minutes later, we detected some movement in the bush and the leopard revealed himself again. This time I was ready with my camera, and despite the low light conditions, managed to capture a couple of photographs of this magnificent creature.

It was incredible to watch as he casually strolled past us, stopping every few meters to mark his territory. In true regal leopard fashion, he barely acknowledged our presence, reminding us of our low ranking on the wildlife hierarchy. It was a privilege to witness this leopard in the wild, and an experience that will likely stay with me for life.’