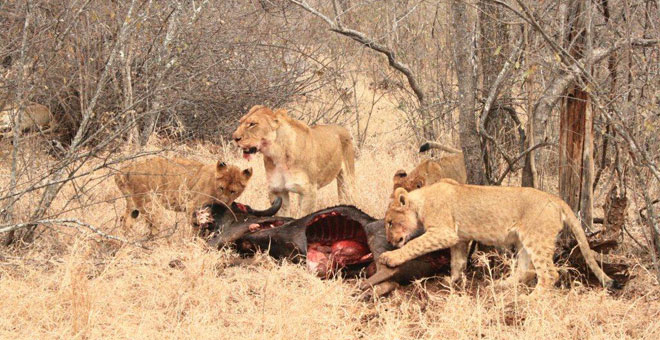 Yes, back again. It’s been two months now and I’m sure most of you get weekly, monthly newsletters anyway from various establishments, and so would rather not drown you in news too regularly. However with our new up and running web blog which I try and send every so often this will seem to dissipate the newsletter somewhat. I know the Guys from Wildweb (Our Web Organisers) can be heard muttering “It’s not really that difficult” which it isn’t but the time factor is, and having read some facebooks it seems there is plenty of time out there! So blogging has begun, and even my nephew decided to have a bash whilst I was away on a sales trip to Joburg. Mind you, his generation (sounding old now) grew up on this thing. He wrote a very good blog I thought minus the photos. So those of you who have sent in facebook comments, many thanks and apologies if I haven’t “responded”. Those that have been here and wish to send some pictures to add to the facebook page please do so.

So back to crisis in Europe, USA, and Middle East; what’s new! Nothing, excepting our leaders are NOT leading and this is why we voted them in?? They squabble like little children in the US between Senate and Representatives because they don’t satisfy their egos. Obama to give him credit has tried to get the country back but the Republicans (purely out of spite) block him, putting the world economy at risk. In Europe the same; a bunch of leaders who cannot agree to anything; God help us in a War; we may as well put the white flag up straight away. Pathetic. Let Greece default; it’s going to happen, why try and stop something that’s going to happen anytime soon.

Libya; still he tries to hang on despite the changes that have already happened. Let the Arab Democracy spread and neutralize the Muslim Fundamentalists at the same time. The trajic events in Kenya where two hostages have been taken and one tourist killed. Come on Kenya, put a stop to these Somali Pirates; go in hard and punish them severely. Kenya taking the brunt now of an exclusion zone round the very popular Lamu Archipilago which I know well, and so popular. When will Somalia ever come right?

The long ago riots in UK. Totally unacceptable and no excuse whatsoever despite Liberal statements of appeasement. Don’t send them all to jail, only the ones who have committed a serious crime; the others caught up and joining in; give them a fluorescent jacket, a bass broom and tell them to sweep the streets for 6 months for 10 hours a day. Pay them five quid a day, and a hot meal once a day. Clean the streets that you dirtied, and if you don’t…… keep sweeping sunshine!

Sports – England cricket completely thrashing the World Cup Holders, India. Brilliant stuff. Top of the world now. Something to neutralise the doom and gloom. The RWC in it’s qualifying rounds now; I hope a North/South Final, and New Zealand being the South!

Here in SA Juju Malema (the Big Mouth with little to no Intelligence) is sick with Flu avoiding his Disciplinary hearing! We’ve all tried that “Sick Note” thing; who are you kidding Juju! Strike season seems to be over. Fuel prices go up despite brent crude going down – how does that work? The Home Affairs department has passed it first audit in 14 years! I received my renewal firearms license from them after 6 years of reaplying; one of them out of the 3 at least. So things apparently are moving. Watch this space.

Now down to the real stuff. August improved quite a bit and September was nice and busy also; great after a disasterous June and July. A number of weddings in both months and so a hearty congratulations to Neil and Natalie, Arno and Andrea, Steve and Pippa (hope you enjoyed the Le petit Ferme), and finally Bart and Sanne; a great thanks to George and Louise for making their day so special. Also a warm welcome back to Mandy and Thaine, Michael, and Howard and Cathy. Also to welcome back the 7th Cavalry Division from Wait a Little ; thanks Philip and Gerti, and Barney for paying us another visit with the Horses; always great fun and very entertaining Guests, despite the Big head in the morning! It’s a tradition you may have figured out already. Thanks also to Lisa and Lyndsey for coming to visit from one of our top suppliers (Turquoise Travel), AND Lisa comes from a great part of the world called “Hambleden”!! Those on Honeymoon, many congratulations! CJ and his staff at Little Garonga also performed an excellent service to our Guests up there – well done; you are a great credit to Garonga in carrying on pretty much on your own with no problems.

The game sightings have been brilliant with Lions, Some ellies, Rhino and her playful calf with her brother, Leopard, the Cheetah and excellent plains game. The Guides are now called the “A” team but which team is the A Team as they both seem to get that title! Musa and Ruel seem to quietly go about their business but nearly always are the first to find something, whereas Josia and Patrick also find the game but are very entertaining; so a great combination. CJ at Little Garonga goes about his business in a very professional and extremely informative way! Anyway well done Guys, and thanks! Please check out our site for new Images, and keep sending in your Pictures.

The Veld of course is dry now but still looking good; no rains to date but on the way I’m sure as we have had some incredibly hot days. Sleep Outs have been very popular indeed with one every other day; something very exciting – the Loo construction has been completed by Andy and The farm team; so now you can loo with a clear piece of mind! The Kitchen have done tremendous food, and now in September we move to Summer routine with Lunches and Picnics and no more thick chocolate cake (that’s a crying shame!) for high teas. Thanks indeed to Debby who came up and trained the Chefs again for 5 days; we have some great new ideas; potjkes now are on the Boma menu, and we still do the Sunday Curry nights, carvery nights and so on; always something different.

Hi there. My name is Taro Smith, I’m Bernie Smiths nephew. This week Bernie has gone away for a few days which has given me the opportunity to write a blog. I know of course that since this is the first blog that Bernie hasn’t written it is up to me to blow our readers away with a wonderful blog written by an amateur blogger. This week has been quite exciting animal wise as we have had our first sighting of the leopard cubs. To our amazement the guests watched both the mother leopard and her cubs playing around for about half an hour! However this sighting was brought to end by a small hail storm which seemed to spark up more interest with the rangers than the leopards sighting! Fair point, I guess a hail storm is rarer than a leopard sighting around this region.

Overall a lovely sighting and I’m very much looking forward to seeing these cubs myself!

I myself had an incredible week as I got to fly on the microlight. This was somewhat of an incredible experience to say the least. Whilst in the air I saw a range of animals including an, elephant, crocodile and vultures. I have to say actually that seeing the vultures in the air was probably the best part of the whole thing. I highly recommend doing it as it is very good fun. I would also highly recommend not sticking your hand out the side of it while in the air with your camera in your hand. Trying to take a “cool” looking photo mid-air nearly lost me my camera!